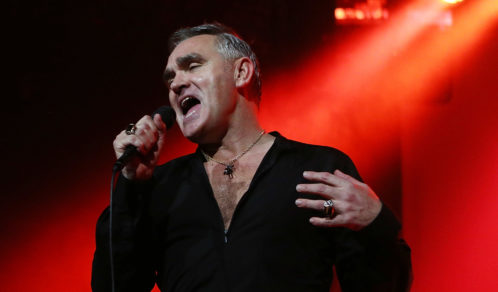 Morrissey has announced the new album Low In High School will be out this November on BMG and his recently founded label Etienne.

As Rolling Stone points out, the album was recorded at Fabrique Studios in France and Ennio Morricone’s Forum Studios in Rome by Joe Chiccarelli who also worked with Morrissey on his previous album, 2014’s World Peace Is None Of Your Business.

Prior to the album’s November 17 release Morrissey will also perform at one-off show in Los Angeles at The Hollywood Bowl. More tour dates are expected to follow.

Last month England Is Mine, an unauthorized biopic on the singer, premiered at the Edinburgh International Film Festival.