FACT Rated is our series digging into the sounds and stories of the most vital breaking artists around right now. This week, Samantha Coggin speaks to pianist and producer Rin Suemistu, who on her debut EP as Golin makes futuristic pop inspired by memories of her childhood in Japan before emigrating to the United States.

As a child, Golin – aka Rin Suemistu – walked an hour to and from school every day. Friends and schoolmates would join her, spilling from their homes along the route, and together they’d sing Japanese hits as they ambled through the island’s southern suburbs and farmlands towards their school in the city of Tagawa. But while dreamy male rock bands steered her morning trek, it was classical music that pulled Golin home every day.

“Playing the piano was just part of my every day. It was like an extension of school, only nobody was making me do it. I just wanted to do it…or rather, I just…did it,” she told me one morning over a choppy video call from her apartment in Brussels, “I learned by ear and played for three hours each day.” If she messed up, Golin’s teacher would slap her wrists and she’d briefly weep, only to lose herself in the keys again moments later.

Now, Golin creates the majority of her music using keys, even the beats, which she plays out on keyboards and then chops up and distorts into spacey, futuristic rhythms that drop listeners into an alternate reality where grime, J-pop and dancehall music converge to create a sexy, video game-like atmosphere. But while this type of playfulness is a large part of Golin’s style, what’s most appealing is how she manages to create it without sacrificing sincerity. 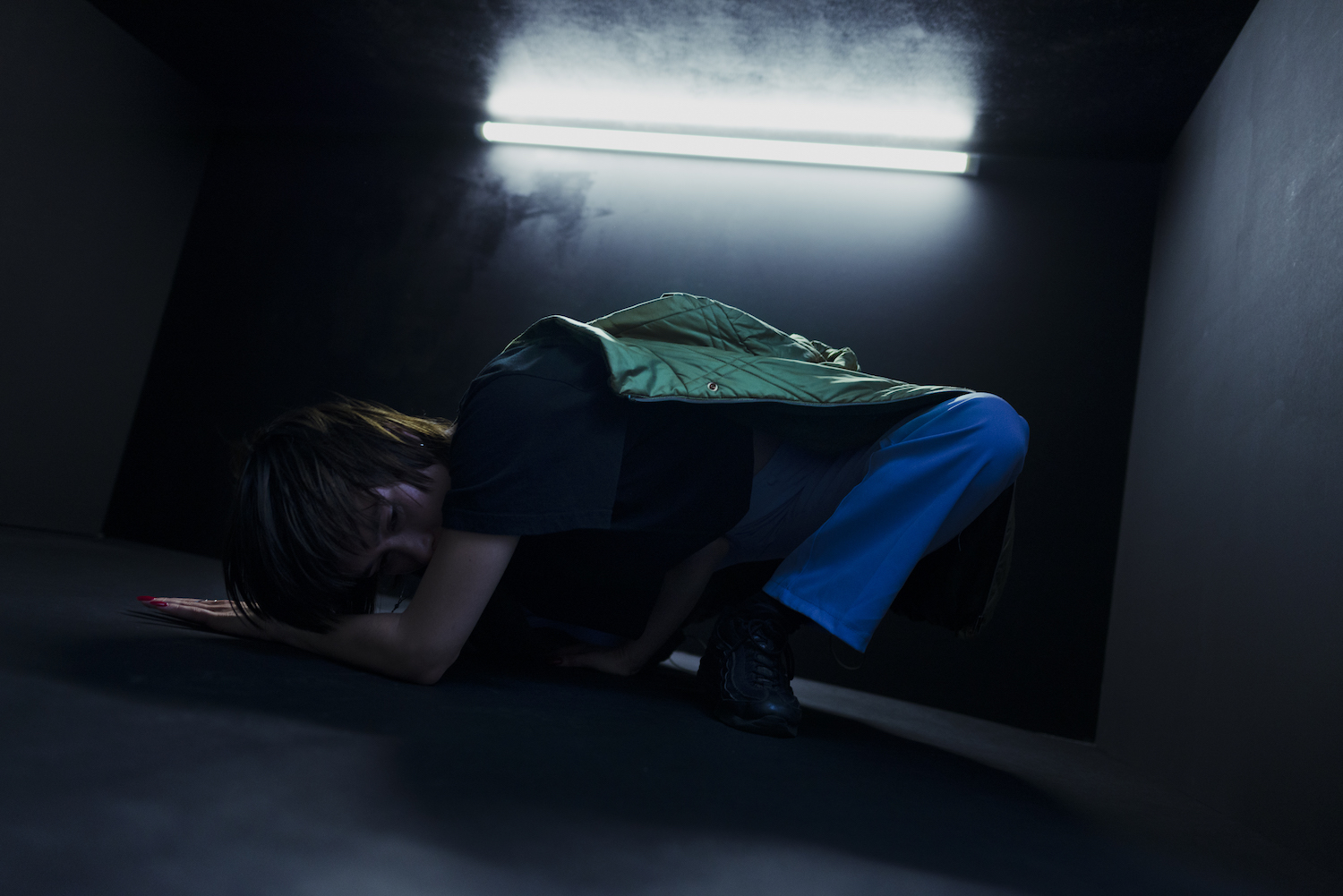 On ‘Fifi’, Golin sings about the depressing reality of “falling and breaking your own heart from the impact.” But the track is also inspired by repetitive action, which adds an element of humor. It’s then not the external situation or person that is breaking our hearts, but our own stupidity. “We don’t learn from our previous falls and then we’re surprised or let down when we fall again,” Golin tells me through a chuckle, throwing her hands up into the air as if surrendering to the silliness of it all.

The title of her new EP, Momo, is inspired by a Japanese folk tale that Golin fell in love with as a child. The story goes something like this: a woman finds a giant peach floating down the river, but when she and her husband attempt to eat the peach, they find a boy named Momotarō living inside of it. One thing leads to another and, well, essentially Momotarō ends up saving the world.

This title is one of the EP’s several tributes to Golin’s childhood in Japan, which she left at age 12 when her mother decided to move to the United States. The abrupt change of culture and language that Golin experienced also adds to the playful tone of Momo. Her childish, almost robotic vocals and her simple imagery and lyrics are an attempt to preserve the childhood that she left behind in Japan. In the future, Golin tells me, she would like to create music that “blends the two languages even more.”

And that’s not the only way movement has inspired her music. A dancer, Golin connects her sounds to movement fluidly. Last year, when she began the very early stages of Momo, Golin was touring with a group of dancers and choreographers. Following the release of Momo, she intends to pick this back up with a tour of Europe, starting in France. But it is always music she comes back to; her music not only sustains through her busy dance schedule but thrives off of it. “I bring my music equipment with me everywhere I go – every hotel, every country.”

Momo is out September 22. Pre-order it here.