FACT Rated is our series digging into the sounds and stories of the most vital breaking artists around right now. This week, April Clare Welsh speaks with NSTASIA who, after penning songs for Beyoncé, Usher and Macy Gray, is breaking out on her own with the debut EP New Religion.

NSTASIA knows her way around a pop hook. Born Nastasia Griffin and raised in Asheville, North Carolina, the R&B songwriter relocated to Atlanta for college and buried herself in music, eventually penning songs for superstars like Beyoncé, Usher and Macy Gray. Now it’s time for her to step out on her own – her debut solo EP is released this month and is packed full of steamy jams about bad boys and good sex; it’s also as catchy as hell.

New Religion – which has been produced in part by Skrillex – speaks directly to unconditional love, fiery relationships and unbridled romantic desire. It’s what Griffin has described as her very own “hood romance” and breakout single ‘Trap Or Die’ reflects this with lyrics about love, loyalty and eschewing the conventional 9-5.

“I’m an emotional woman so my songs are always about relationships,” explains the first generation Haitian-American songwriter. “And the only relationships that I know and that I have experienced are relationships with men who were living that lifestyle – the hood lifestyle – and the bad boys.” ‘Trap Or Die’ taps into that ride or die mentality. “It’s like, whatever you choose to do I’m going to rep you, she says. “I’m going to be there and love you for being who you are.”

Griffin grew up around music and admits she gets her passion from her father, a jazz and funk musician who plays everything from saxophone to piano and who has performed with US stars like Eugene Wilde and Betty Wright. She tried singing at an early age, also picking up the clarinet, before getting signed to Sony as a songwriter in 2010. However, she says her “artist project” is something that she has always kept close to her.

“The years I spent writing for other people have definitely made me more confident in my writing,” she says. “I know my settings, I know how I write. I know how to do my harmonies and I know how to do all of that as a professional songwriter, even though I’m going in as an artist.” And her biggest success to date has come from ‘Trap Or Die’, which began life as a freestyle – her preferred method of writing. 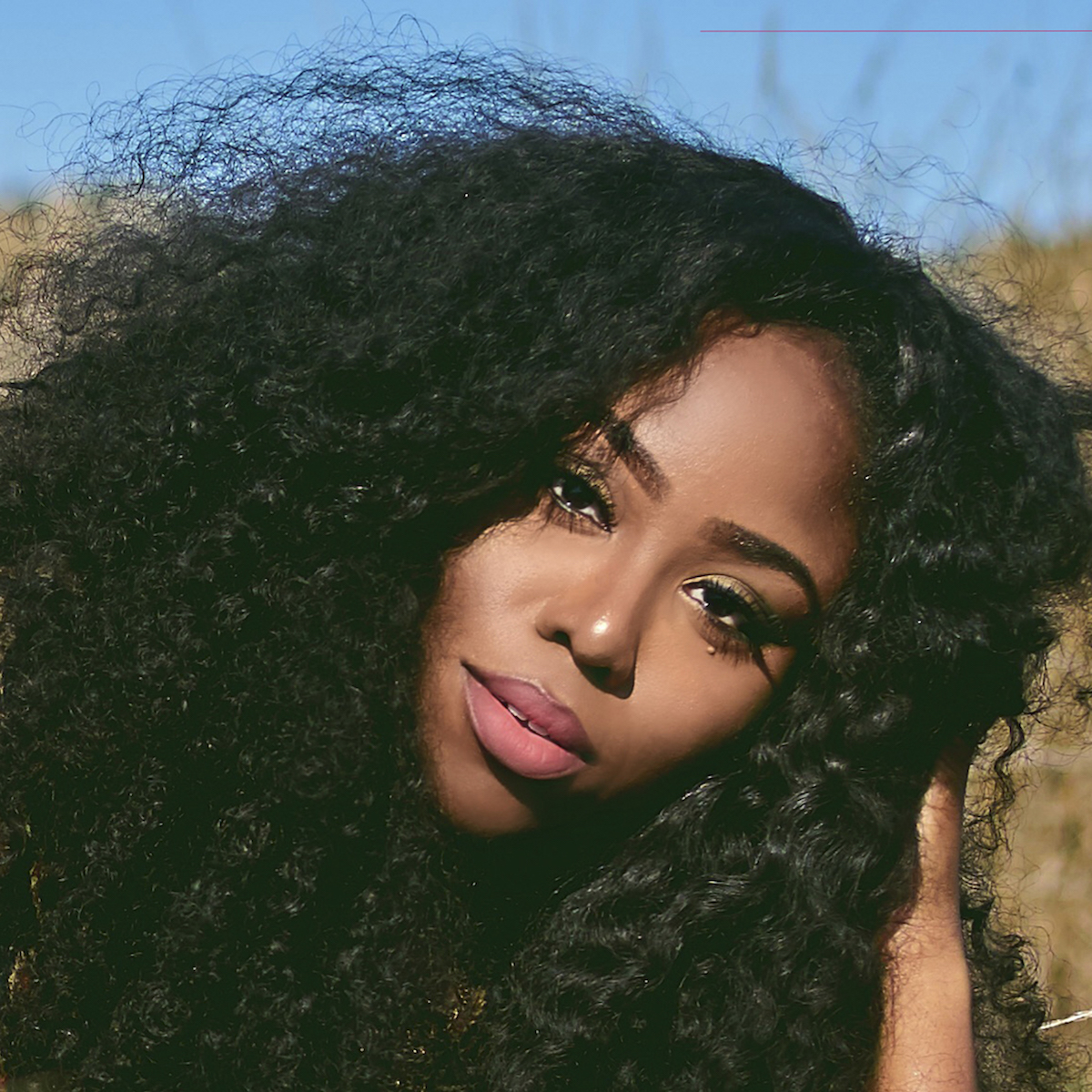 “I turned around and Beyoncé was smiling at me”

Griffin has written two singles for Macy Gray – ‘White Man’ and ‘Stop, Drop, Roll’ – that were released this year and has penned unreleased tracks for Kelly Clarkson and Usher. She’s also written two records for Beyoncé. “It’s kind of like a waiting game to see if she will keep them or not,” she quips, later recalling a time that she was lucky enough to see the Lemonade superstar backstage at a Vic Mensa show.

“I turned around and Beyoncé was smiling at me,” she says enthusiastically. “It might have been because of my hair – I have this big curly hair so she probably liked my hair. Anyway, I turned around and I smiled back at her and she gave me a big smile and it was just so sweet – I’ll never forget it.”

New Religion’s shimmering guitars twist themselves round Griffin’s candy apple-sweet voice like silvery tendrils and are a hat-tip to her love of country music. She also draws parallels between her songs and country’s often detailed personal narrative. “I wrote a lot of storytelling ballads in the beginning because my voice fit that really well,” she offers. “They were the songs that were being heard and the ones that ultimately got me signed.”

Although Griffin moved to LA two years ago, the spirit of Atlanta still courses through the veins of New Religion, notably in the relationships with “guys from the South” that she sings about. “When we make love just keep your chains on / I wanna see them swinging all night long,” she sings seductively on ‘Chains’, while the moodier grit of ‘South Side’ deals frankly with infidelity.

“I love LA because it’s so perfect for my career and it allows me so much freedom and it’s very free here,” she notes, “but the South is always in me so I’m gonna make sure that I go and get my doses whenever I can.”

Read next: Sudan Archives is the experimental violinist channeling ’90s R&B and Afrobeat for Stones Throw