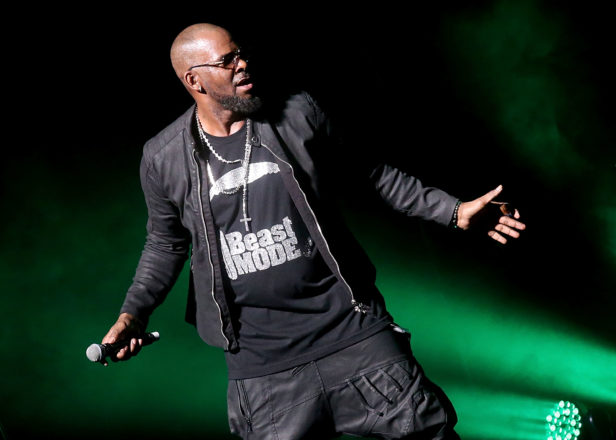 The decision is part of the streaming site’s new anti-hate policy.

Spotify has removed R. Kelly’s music from its editorial and algorithmic playlists as part of its new anti-hate policy, reports Billboard.

“We are removing R. Kelly’s music from all Spotify owned and operated playlists and algorithmic recommendations such as Discover Weekly,” Spotify told Billboard in a statement.

Kelly’s music will still be available to stream on the site, but Spotify will no longer promote it through playlists like RapCaviar. It continues: “We don’t censor content because of an artist’s or creator’s behavior, but we want our editorial decisions – what we choose to program – to reflect our values.”

“When an artist or creator does something that is especially harmful or hateful, it may affect the ways we work with or support that artist or creator.” R. Kelly is currently facing multiple allegations of abusive treatment of women and maintaining a “cult” environment over many years. Kelly has continued to deny the accusations.

Last week, Time’s Up – the celebrity-led movement against sexual harassment and abuse in the entertainment industry – announced it would back the #MuteRKelly campaign, which was initiated by the Women of Color subgroup that includes Lupita Nyong’o.

The streaming site’s policy, which was developed in collaboration with the Southern Poverty Law Center, the Anti-Defamation League and other groups, offers a definition of hate content while describing its new reporting system to prevent or remove such content.

According to Spotify’s new definition, hate content “expressly and principally promotes, advocates, or incites hatred or violence against a group or individual based on characteristics, including race, religion, gender identity, sex, ethnicity, nationality, sexual orientation, veteran status, or disability.”

Spotify has also removed XXXTentacion’s music from its official playlists as part of their new anti-hate policy. The Florida rapper is currently facing charges that include aggravated battery of a pregnant woman.

a response from XXXTentacion’s team on Spotify's decision to remove him from playlists pic.twitter.com/ivtEDJ2yGS

Read next: One in 35 million: How unlicensed music by Aaliyah ended up on Spotify