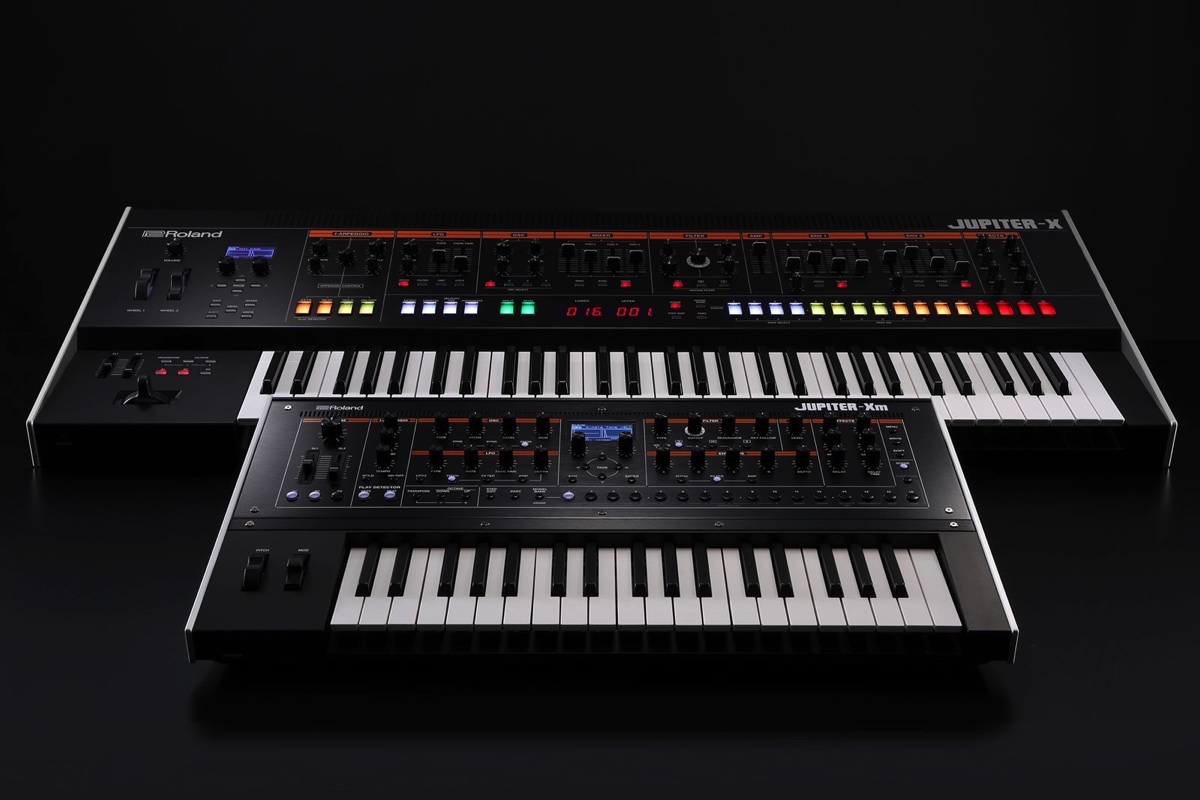 Roland is reviving the Jupiter brand for a new range of synths under the Jupiter-X name.

The new line features two synths: the high-end Jupiter-X with 61 full-size keys and smaller Jupiter-Xm model with 37 slim keys. While the branding references the iconic Jupiter-8 synth, both models are capable of emulating the Juno-106, SH-101 and XV-5050 digital synth as well as TR drum machine sounds.

Neither synth runs the ACB sound engine that powers the Boutique range, but the new ZEN-Core engine found in its fresh line of Grooveboxes, also announced today. The most interesting feature of the new synths is what Roland calls “I-Arpeggio”, an arpeggiator it says uses artificial intelligence to listen to what you’re playing and create complementary drum parts, basslines, chords and arpeggios.

However, neither synth is particularly inexpensive: the Jupiter X-m will be available this month for $1,500, while the Jupiter-X (which won’t be available until April 2020) will cost $2,500.

As well as a new line of Groovebox devices, Roland also launched its latest Boutique synth today, which features the sound of both the Juno-60 and Juno-106 in one module.

Read next: The 14 most important synths in electronic music history