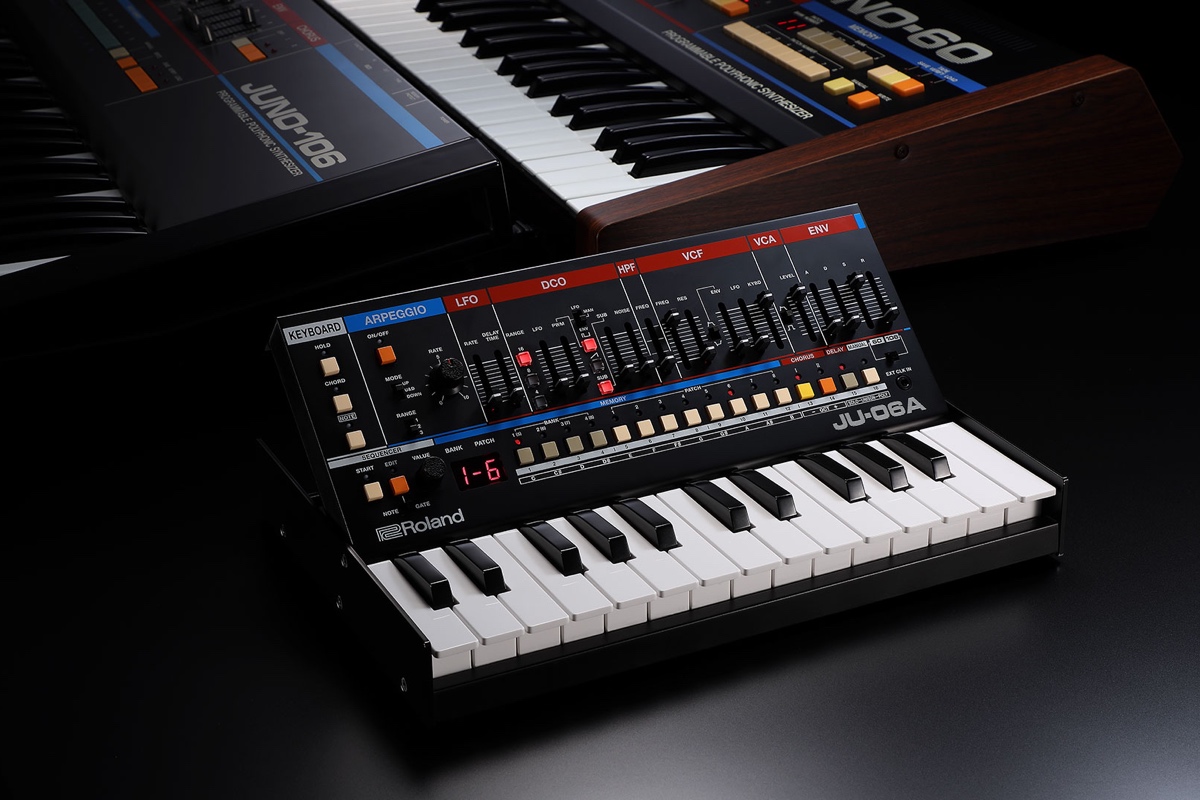 Two classic synths in one.

Roland’s latest Boutique synth combines both its classic Juno-60 and Juno-106 synthesizers in a single module.

The JU-06A is a new and improved take on its JU-06 Boutique model, released back in 2015 as part of the first wave of Roland’s pint-sized synth replicas. The limited-edition JU-06 was one of the most popular models in the range, and changed hands for large sums on the resale market once it was sold out.

Anyone who bought a JU-06 on eBay might be kicking themselves now, as the JU-06A can play either the sound of the Juno-106 (the sound of the original JU-06) or the Juno-60 (Oneohtrix Point Never’s go-to synth in his early career) at the flick of a switch.

The JU-06A also looks a lot nicer than the JU-06, while modular users will appreciate the external clock input. Another big change is the loss of the pitch and modulation touch strips, though it’s unlikely these will be hugely missed. However, you do get the Juno-60’s arpeggiator function, which can be used with both synths.