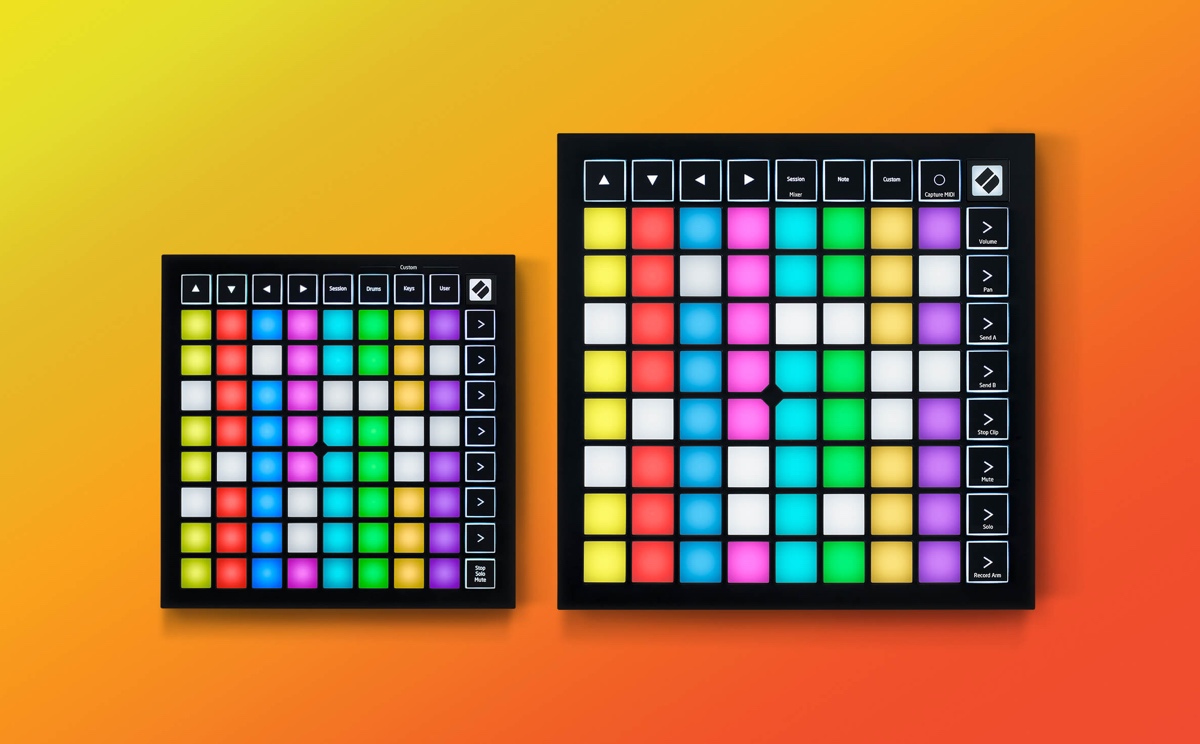 Launchpad X is the first full-sized model in the series since 2015’s Launchpad Pro, and features 64 velocity and pressure-sensitive RGB pads that Novation says are the company’s “most responsive yet”.

Other useful features include Drum and Note Modes that let you switch automatically between playing percussive and melodic notes, as well as a Capture MIDI button that allows you to retrieve what you’ve played while jamming, even if you haven’t pressed record (a feature you can also find in Live 10).

Along with the usual controls for stop, solo, mute, record arm, levels, pans and sends, Launchpad X features Dynamic Note and Scale modes for keeping your music in key.

The big new feature on the new Launchpad Mini MK3 is the addition of RGB pads, which also includes the Drum and Note Modes seen on the Launchpad X. Both models have a number of custom modes that allow you customize the grid layout to mix and match, for example, drum racks and faders across the 64 pads using Novation’s software.

Both models come bundled with software including Ableton Live Lite, plug-ins from AAS, XLN Audio, klevgrand and Softube as well as a two-month free subscription to sample service Splice. It also includes membership to Novation’s Sound Collective, which offers a free plugin every few months.

Novation’s Launchpad X costs £179.99, while the Launchpad Mini MK3 costs £99.99. Both are available now from the Novation store.