Physical Therapy – ‘Breaks In The Trap’ 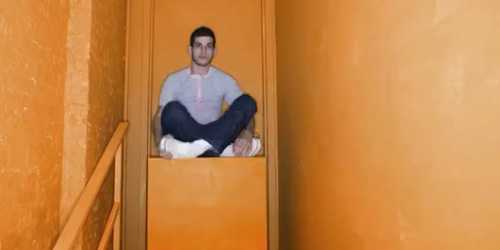 It seems that in the past couple of years, drum and bass has once become a hip touchstone, with cutting-edge producers taking its influence and folding its hallmarks and flourishes into trendier styles. For all this, as cool as it’s been to reference jungle beats, straight-up D&B itself has remained on the shelf for dance music’s tastemaking set.

New Yorker Physical Therapy, however, despite doing ostensibly hip things such as touring with gender-bending rapper Mykki Blanco, creating wondrous, bass-loaded edits of r&b hits, and playing at NYC’s Santos Party house, has never been shy of what others might consider cheesy or dated. His website resembles a yoga studio’s, and he’s not averse to starting a mix with Dirty Vegas’ ‘Days Go By’ or slipping in a house remix of a No Doubt ballad. So leave it to him to take ‘Beez In The Trap’, the kind of hot Nicki Minaj track to which his peers might jump at the chance of adding their own spin, and give it some jumped-up 170-tempo breakbeats.

The pinging synths from the original take on a redoubled menace when underscored with Physical Therapy’s rumbling bass, while Nicki Minaj and guest 2 Chainz are each filtered and pitch-shifted beyond recognition, leaving their voices as gnarled husks.

Only currently available on youtube, Physical Therapy has added an ever-present sheath of flames to the original’s video. It’s that hot.

Take a listen to the track below.