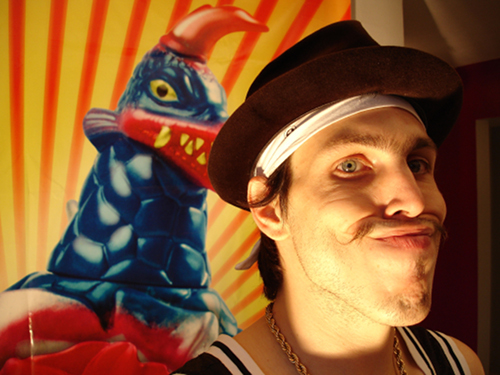 Otto von Schirach is not lauded for his subtlety.

Modeselektor have announced that they will be releasing von Schirach’s next record on their Monkeytown imprint. Von Schirach’s new LP will be titled Supermeng, and is slated to drop in early August. The record will be von Schirach’s first full-length since 2009’s Magic Triangle, and follows on from his guest appearance on Modeselektor’s ‘Evil Twin’ single. Von Schirach joins the likes of Mouse On Mars and Lazer Sword on the label’s books.

You can peep a brief promo of the album below. Supermeng is due on August 3.