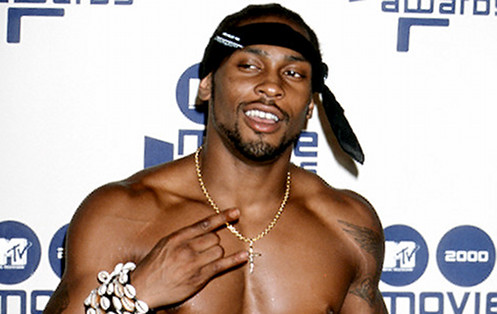 In an interview with Rolling Stone, the Roots drummer suggested that the record won’t skimp on the surprises. The album, he says, is “going to throw people off the same way that Prince’s Dirty Mind threw his R&B fan base off. In the past few years, [D’Angelo has] discovered Bowie and Zeppelin, the Beatles, Pet Sounds, Captain Beefheart and Zappa.” Neo-soul meets Trout Mask Replica? Sounds alright by us.

As well as promising a “radical 180° turn”, Questlove revealed that approximately 30 tracks have been put together for the record over the last few years. Fans can also expect some superior axe work from the Virginia singer, as the following (rather excellent) anecdote suggests:

“I saw a guitar in the studio and I was like, ‘What the hell’s this?’. One night, when he didn’t know I was watching, he took a dinner break from recording. Suddenly, I heard [Funkadelic’s] ‘Maggot Brain’ playing. I realized he was in the studio room matching it note-for-note. For the last 12 years, he’s been strumming the guitar… He is so painfully shy about it. I think in his head, if he doesn’t surpass Eddie Hazel, Santana, James Blood Ulmer and Frank Zappa as an axeman, he doesn’t want to share it with the world.” [via The Stool Pigeon]

August is the mooted date for the record, but nothing has been set in stone as yet. D’Angelo recently opened up about his past misdemeanours and future projects. We also discovered over the weekend that a collaboration with Q-Tip is on the cards.