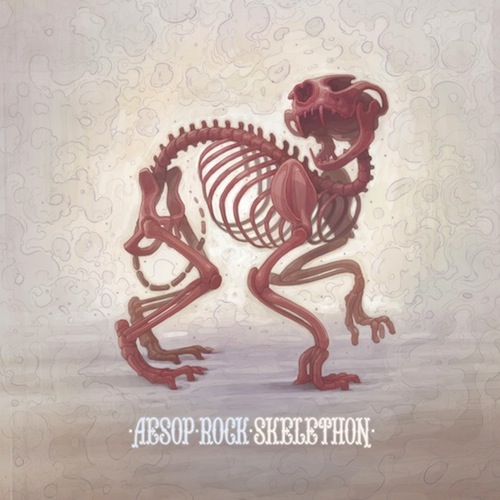 Aesop Rock’s first album since 2007 is available for streaming on Youtube.

Out today on Rhymesayers, Skelethon marks the return of Aesop Rock, a pioneer of the last decade’s indie rap movement. The timing of this album seems appropriate, given the current popularity of rappers like Danny Brown and Main Attrakionz, artists clearly influenced by the sounds of Def Jux and the like. Still, the album is sure to confound some, and not just because of the prevalence of the similarly-named if dissimilarly-suited A$AP Rocky.

Listen below and see if Aesop’s surreal street poetry sounds more like 2012 or 2002.