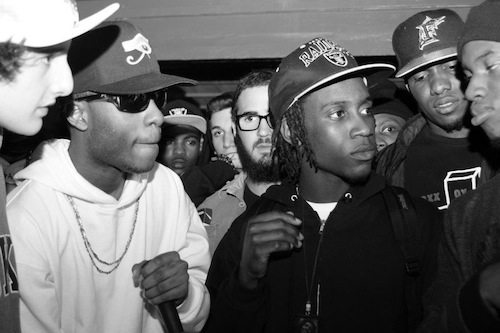 The video for ‘Florida Nigga Mentality’ introduces another associate of Spaceghostpurrp, Yung Simmie.

Yung Simmie is the Raider Klan’s answer to Chief Keef. With his crop of dreads, Superman emblem tattoo, and Punisher tee, he shares the aesthetics of the rapidly developing Miami crew, along with their penchant for choppy, Three 6 Mafia-informed flows.

The clip follows the template of all street rap videos: a mostly underage crew, menacing and posturing in front of various hood backdrops. Producer $ludgehammer lays down some Miami trap music, with a bit of Purrp’s ethereal creepiness thrown in the mix.