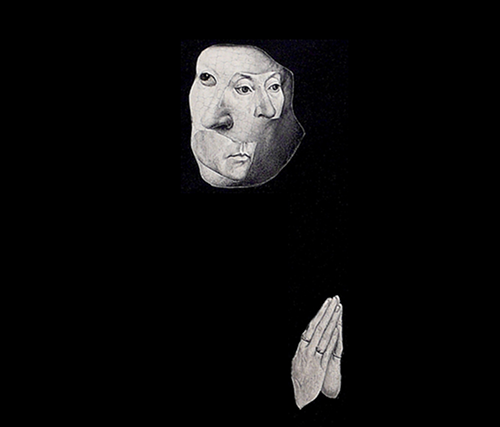 Belgian label Vlek have been busy carving out a small but near-perfectly formed niche for themselves over the last few years.

Releases from Cupp Cave (aka Ssaliva) prior to his recent LP for Ramp, as well as fine efforts from Wanda Group and Squeaky Lobster, have outlined an aesthetic with strong ties to the underground’s current concerns but also a healthily wayward streak. Mossy, decaying and often quietly humorous, Vlek releases tap into the dominant hypnagogic mode but can be surprisingly daring in their subtlety.

Today, the label have announced the second installment in the free VLEKD series: a seven-track, 15-minute EP of trippy nocturnal sketches from Tiga Bakso. Bakso is apparently a failed bookbinder who grew up in former East Germany, heavily exposed to Eastern European and Russian culture. We’re not sure whether those biographical details are audible in the cracked, largely pulseless Drexciyan soundscapes of Rasuna, but it’s marvellous all the same. You can download the EP below.