Exclusive: Download WHY?’s new EP in full, and watch the video for the self-deprecating title track 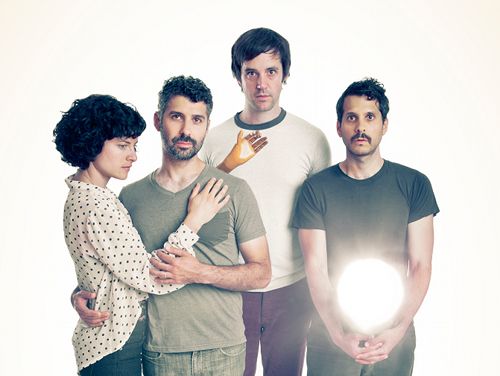 Brainchild of former cLOUDDEAD rapper Yoni Wolf, Californian trio WHY? have been directing hip hop’s energy down unexpected channels since 2003.

The resultant six-track Sod In The Seed EP is a rich, lavishly orchestrated affair: brass, strings, woodwind and a choir all make appearances. It’s also a sunnier proposition than its predecessor – the chorus to ‘For Someone’ is positively redemptive, while ‘Probable Cause’ has a definite tropical vibe to it. The shadows of Wolf’s hip hop origins do loom at points, surfacing in the occasional crisp, lazy backbeat – but moments like the gorgeously dreamy glockenspiel interlude partway through ‘Shag Carpet’ serve as a reminder that this is no ordinary rapper we’re dealing with.

For the next ten days, you’ll be able to download and stream the EP in full via the Soundcloud player below, as well as watch the brand new video for the marvellously self-deprecating title track.

The Sod In The Seed EP is to be released through City Slang/Anticon – both digitally, and in a limited 12” vinyl edition – on August 13. Mumps, etc, the fifth studio album under the WHY? name and fourth since the band’s current personnel were assembled, is due for release on October 8.