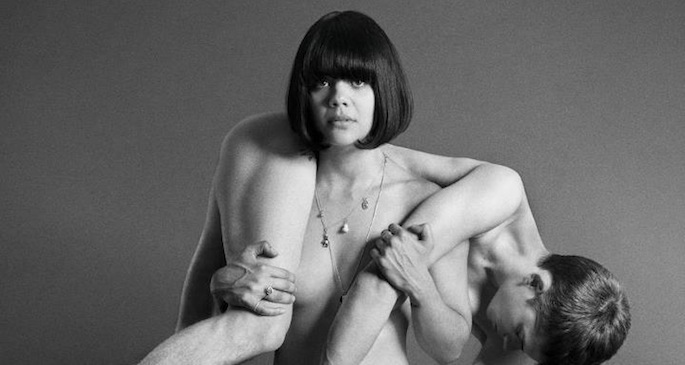 The Haunted Man is due out on October 15, but you can preview a few of the album’s songs now. The sampler includes the previously released ‘Laura,’ ‘Marilyn,’ and ‘All Your Gold,’ along with the gauzy synth romp ‘A Wall,’ the experimental pop of ‘Oh Yeah,’ and the lushly orchestrated ‘Winter Fields.’

According to Spin, Khan moved between her native Brighton, New York and Joshua Tree, working with Beck and TV on the Radio’s Dave Sitek. “It was more about getting out and starting to define my sonic landscape,” she told Spin. “It’s hard to do that all on your own when you’re just in a room in Brighton.”

This morning, Khan shared a glimpse into the making of The Haunted Man with a revealing micro-documentary, covering everything from writer’s block to the trials of womanhood.