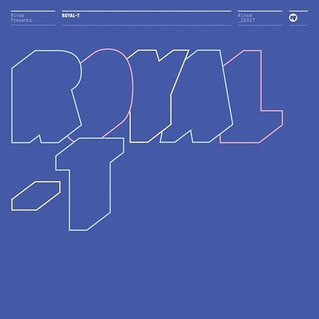 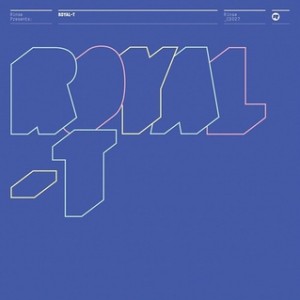 It’s a truism that the full-length album is rarely the best showcase for gifted dance artists: having built their names within singles-driven club culture, the format switch too often results in either anonymous home listening, tail-chasing repetition or – worse – “trying something different”, often involving indie rock vocals or real instruments. Rinse FM’s sideline imprint, though, seems to have figured out how to channel its artists’ talent most effectively into a format that, for better or for worse and despite much doomsaying over the past decade, remains the industry standard and a crucial means of expanding one’s audience. Station boss Geeneus’ Volumes: One was a perfect summation of the glorious place UK funky was at back in 2008; Katy B’s debut On A Mission was a landmark album in both British pop and British club music; and now it’s the turn of grime prodigy Royal-T to demonstrate the range of his abilities without toning down anything about them.

Instead, Rinse Presents: Royal-T takes his biggest anthems to date – the abrasive, ferocious ‘Orangeade’ and the gloriously untethered ‘Cool Down’ – and builds on them in every direction. Tracks such as ‘Gully Funk’ are ludicrously packed with ideas: within the first minute, there’s the blazed hum of a G-funk riff, staccato strings straight out of an early-00s two-step remix, and a barking bassline that keeps things as grimey as they need to be – all motifs that a lesser producer would stretch out over a single track. Elsewhere, ‘Missing Aurora’ finds Royal-T in rare contemplative mood – but even here he transforms the London night bus aesthetic into something much more present, alive and beautiful than mere hauntology.

Royal-T also proves himself one of the finest practitioners of the grime/house synthesis that has been cropping up more and more: he balances uncompromising sonic assaults with impeccable sonic design. P Money goes hard over a four-to-the-floor beat on the magnificent opening statement of intent, ‘Cruel To Be Kind’; ‘Work Your Body’ takes a house diva sample and jabs you in the ribs with it like electroshock therapy.

It’s fitting that Rinse Presents: Royal-T should end with a paean to the power of music itself. With every guest appearance she makes, Ruby Lee Ryder makes an ever stronger case for possessing one of the most vital voices in British dance music, and with the meta-hymn to memory ‘You’re Saved’ she notches up another revelatory performance. “I’m recording you – just so you know,” she murmurs; despite the ostensibly threatening undercurrent, what lingers is the way Lee Ryder revels in music’s power to capture fleeting, transient moments; to freeze the frame when real life is unable to do the job. No wonder this album sounds so alive.