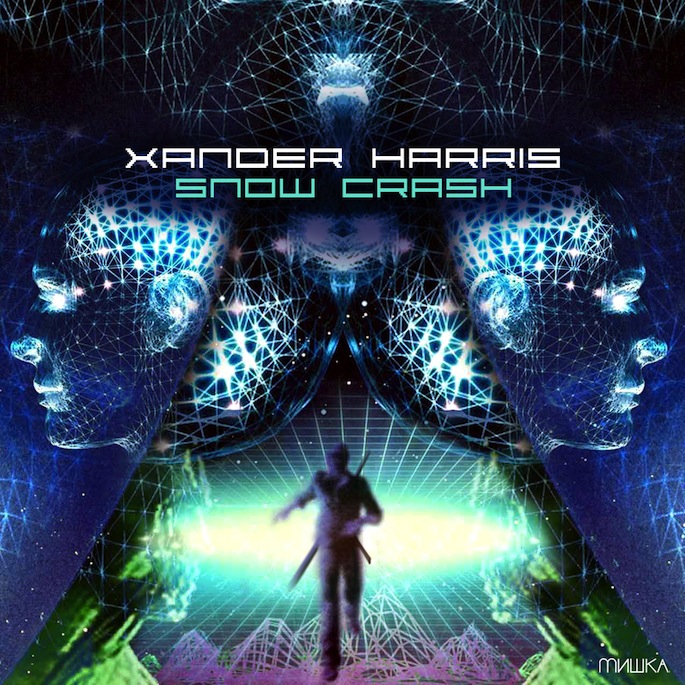 The soundtrack (for a film that doesn’t exist) celebrates the 20th anniversary of Stephenson’s cyberpunk classic.

Austin, TX electronic artist Xander Harris has established himself as a purveyor of pitch-perfect horror score homages, which is becoming a well-worn trope in the synth world. However, as we said last year, his Urban Gothic separated itself from the pack by “perfectly balancing tenebrous atmospherics with moments of high italo camp.”

Harris’ latest release, Snow Crash, applies that balanced formula in worship of a different idol: Neal Stephenson’s breakthrough cyberpunk novel of the same name. “I was worried I wouldn’t be able to produce a sonic representation of the beloved MetaVerse that would do justice,” says Harris. “That’s one of the things that I’ve always attempted with my music: write soundtracks for books that I really love and obsess over. To create headphone friendly compositions while the reader is engrossed in the written word to enhance the reading experience.”

Over its seven tracks, Harris succeeds at crafting an engrossing, transportive experience. His homages are obvious but inventive: ‘System Daemon’ utilizes synth work that represents “a bridge from Tangerine Dream to Chicago House;” he describes ‘BIOS’ as “an imagined collaboration between Vangelis and Cevin Key, commissioned for one of the mafia fronted dance clubs in the MetaVerse.” Harris also cites the 90s roster of industrial stronghold Third Mind Records and John Hughes soundtracks as influences.

Download Snow Crash below, out now via Mishka, and check out the cybernetic video for ‘BIOS’, created by Logan Owlbeemoth. Harris has completed work for his new album The New Dark Age of Love, to be released on Not Not Fun Records.