Watch Method Man and the Roots play ‘Protect Ya Neck’ 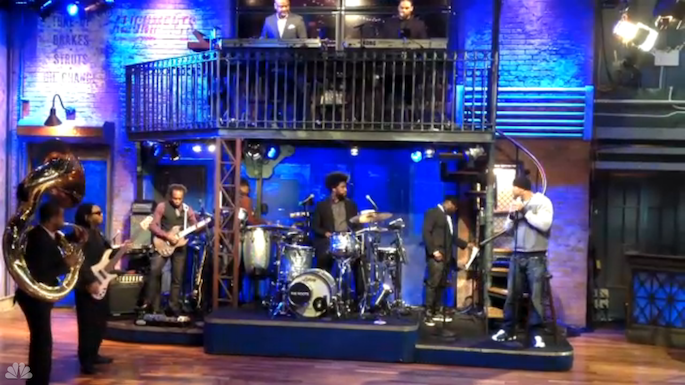 Mr. Meth and the Roots crew do a note-for-note cover of the Wu-Tang’s breakthrough single.

Maybe not as impressive as Jimmy Fallon’s production team corralling the majority of the Wu-Tang Clan last year, but the performance is still worth a watch, mostly for Black Thought’s impressive mimicry of the missing members.

When not acting as the best band in late night, the Roots have taken time to record an album with Elvis Costello and to plan their annual Roots Picnic.