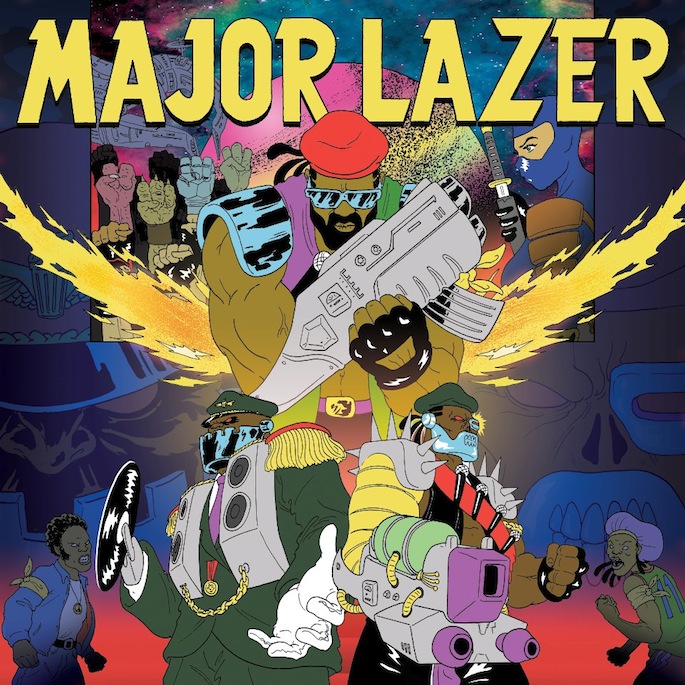 Major Lazer’s forthcoming Free The Universe LP doesn’t skimp on the guests, with Santigold, Vybz Kartel, Peaches, Shaggy, Ms. Dynamite and Wyclef Jean all getting the call from Diplo.

One of the more interesting contributors is Vampire Weekend’s Ezra Koenig, who drops in on the just-leaked ‘Jessica’. As per ‘Get Free’, ‘Jessica’ is a breezy, lightweight number; unlike ‘Get Free’, it’s an ode to infatuation rather than liberation. There’s a nice call-and-response trick going on, with Koenig’s blasted vocals drifting over a mumbled monologue, and the mood is pleasantly dusty throughout.

Free The Universe is due on April 15 on Secretly Canadian. Vampire Weekend release new album Modern Vampires Of The City on May 6. [via Pitchfork]