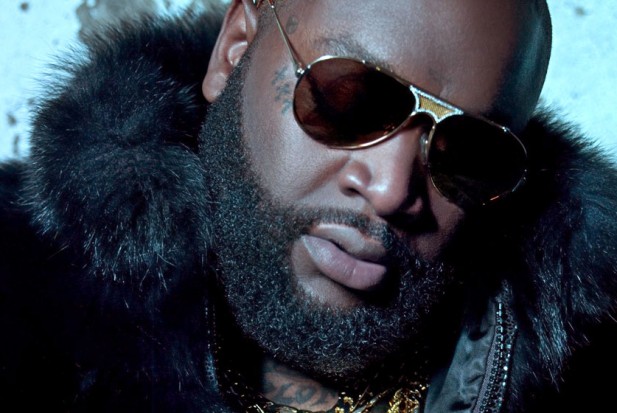 Rocko’s killer ‘U.O.E.N.O’ occupies the curious position of being both one of the best and one of the most controversial rap tracks of the year.

Rick Ross’ guest verse pertaining to date rape – “Put Molly all in her champagne, she ain’t even know it/ I took her home and I enjoyed that, she ain’t even know it” – has attracted reams of comment and criticism. Ross issued two deeply measly apologies, but it wasn’t enough to preserve the verse: Ross was subsequently excised from the track and a set of bars from Wiz Khalifa were bolted on its place, although Rocko claimed the Ross edit was “always gonna be the original version.”

As part of the backlash, women’s group UltraViolet targeted Ross sponsor Reebok in particular, organising a protest by Reebok’s main Manhattan outlet. According to UltraViolet co-founder Nita Caudhary, the group was “appalled that Reebok would pay a spokesperson who brags about enjoying drugging and raping a woman.”

As TMZ report, Reebok have now dropped Ross from their books over the controversy. Speaking to the site, the company revealed that Ross’ lyrics had undermined the brand. Their statement said the following:

“Reebok holds our partners to a high standard, and we expect them to live up to the values of our brand. Unfortunately, Rick Ross has failed to do so…While we do not believe that Rick Ross condones sexual assault, we are very disappointed he has yet to display an understanding of the seriousness of this issue or an appropriate level of remorse.”

Update: Rick Ross has formally apologized. His statement, via Billboard:

“Before I am an artist, I am a father, a son, and a brother to some of the most cherished women in the world. So for me to suggest in any way that harm and violation be brought to a woman is one of my biggest mistakes and regrets. As an artist, one of the most liberating things is being able to paint pictures with my words. But with that comes a great responsibility. And most recently, my choice of words was not only offensive, it does not reflect my true heart. And for this, I apologize. To every woman that has felt the sting of abuse, I apologize. I recognize that as an artist I have a voice and with that, the power of influence. To the young men who listen to my music, please know that using a substance to rob a woman of her right to make a choice is not only a crime, it’s wrong and I do not encourage it. To my fans, I also apologize if I have disappointed you. I can only hope that this sparks a healthy dialogue and that I can contribute to it.” —William Roberts (a.k.a “Rick Ross”)