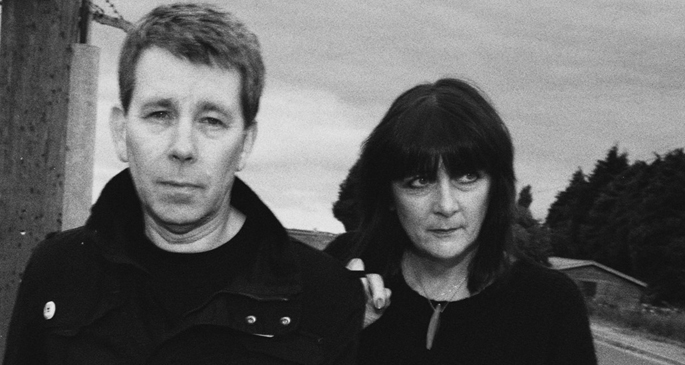 Billed as Carter Tutti, legendary electronic music pioneers Chris Carter and Cosey Fanny Tutti (aka Chris & Cosey) are back with their first single in two decades with ‘Coolicon’. The track is slated for release on their own CTI imprint on limited 10″ green vinyl, and from the sounds of the leaked edit (which you can hear below) the duo are back to their old tricks, pulling the best bits from the 80s industrial sound and injecting them into a framework of terse electronics.

The track is named after the brand of lampshade the BBC Radiophonic Workshop’s Delia Derbyshire was known to have sampled during her career, and the duo have commented that they actually have their own Coolicon lampshade, which was used on the track. How’s that for authentic? [via East Village Radio]