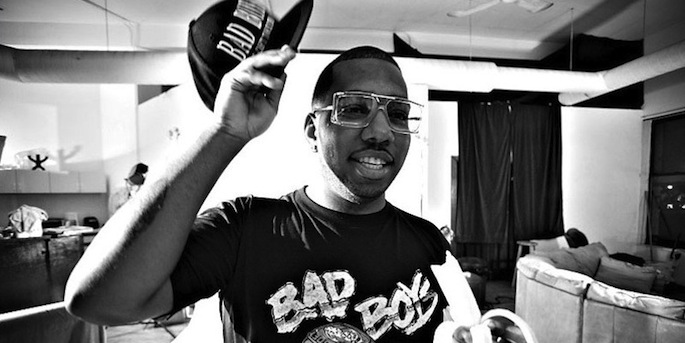 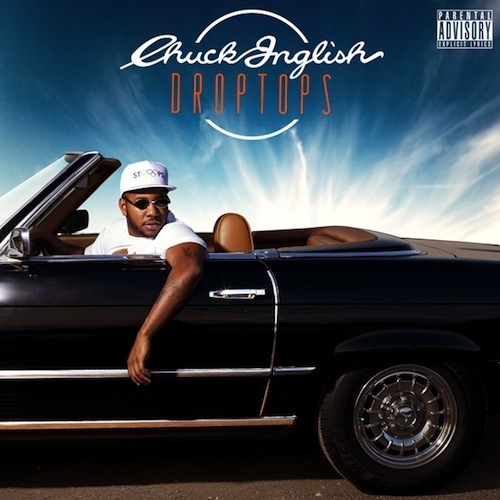 In anticipation of ex-Cool Kid Chuck Inglish’s full-length Convertibles, he’s put together Droptops as a stop-gap of sorts, to remind the world that yeah he’s still making beats and still rapping over ‘em. And what beats – Inglish has an unmatched ability to embody the visceral boom-bap qualities of old school rap and early 80s electro yet still sound strangely forward-thinking. Far from a tiring exercise in backpacker home-schooling, Inglish flips these familiar tropes in a new way, grabbing well-known 808 sounds and clanking percussion and reworking them into a series of painfully heavy, lurching bangers.

The Travi$ Scott-featuring ‘Back Up (Remix)’ has been around for a while now, and sets the scene well with its stomach-churning low end and disjointed rhythm. Scott holds his own soundly, but it’s Inglish that reigns supreme, a theme that we see time and time again on Droptops. This is a record that makes even corny frat rapper Asher Roth sound passable, and we’d posit that anyone with that ability is worthy of praise. Need more proof? Well flick over to ‘Four 12’s’, a track that manages to capture the vibe of Too $hort’s flawless 80s classic Born To Mack without sounding like it’s trying to start a conversation about how disappointing the current generation of rappers are. Now that’s fresh. 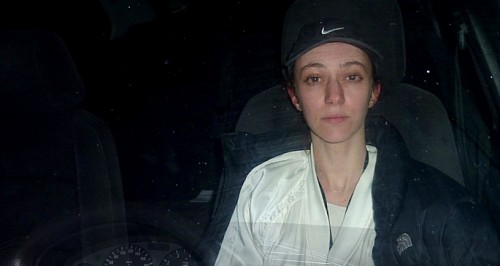 Proof that the length of a mixtape isn’t everything, Hype Williams’ Inga Copeland manages more than most achieve in over an hour with a mere twenty minutes-worth of music. It’s an almost-expectedly bizarre listening experience, veering awkwardly from atonal electronics to marching-band dub all the way to jagged ragga. The linking thread is Copeland’s endearingly off-key coo, which serves as an appropriate garnish to her quirky, brittle productions.

At any point in the record sounds as if someone could trip over a cable and the whole thing would come crashing in on itself, but thankfully Copeland manages to just about keep things ticking away cautiously. The potential pitfalls are missed; rattling rhythms never descend into trainwreck nonsense, atonal wrong-note chords aren’t prolonged ad nauseam and she never allows her vocals to descend into immature meandering. The result is a low-end heavy outsider gem of a record – it’s short, sure, but this is music that revels in spontaneity, heart and unpredictability. If it was 22 tracks and 78 minutes long it would sort of defeat the point. 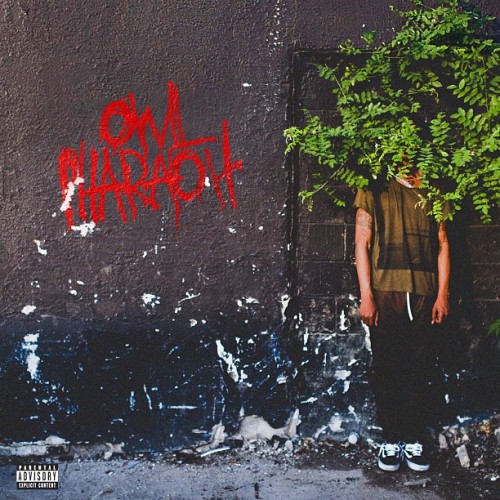 It was getting to the point where Owl Pharaoh had been so heavily delayed that many of us had given up hope that it would actually come out at all. Yet here it is, and remarkably given its long gestation period, it has emerged unscathed. Travi$ Scott has a lot of friends in the right places, and his productions on GOOD Music’s Cruel Summer and inclusion in XXL’s Freshmen Class of 2013 certainly had plenty of people looking his way, so it falls to Owl Pharaoh to really let the world know who exactly he is. It works too, and while his style owes plenty to mentors Kanye West and T.I., Scott still manages to hold his own.

It’s Scott’s choice of beats that really set him apart from the competition, and at a time when most rap tapes are basically fifty-odd minute barrages of incessant snares, hi hats and air horns, hearing a record with this much creativity in the beat department is more than just refreshing. Scott seems as at-ease spitting over the grimy, minimal Young Chop-produced ‘Blocka La Flame’ as he is tangling with the Kid Cudi-esque ‘Bad Mood/Shit On You’, and this variety is the key to the mixtape’s success. He’s got a great ear, and grabbing hold of Toro Y Moi and Justin Vernon (who Scott credits as a huge influence) as well as the omnipresent Lex Luger is proof that the rapper-producer is eager to do things his way.

A representative of the Night Slugs / Fade to Mind collective often makes its way into the round-up, and this week is no different. In this 30-minute mix, Fade to Mind co-boss Kingdom demonstrates why he’s one of the world’s leading proponents of club music. There are plenty of cuts from his forthcoming (and sublime) Vertical XL EP, but also unreleased material by compatriots Massacooramaan, Helix, and Rizzla — the latter’s ‘Club Cecile Remix’ of Girl Unit’s ‘Club Rez’ can’t make its way to a white label soon enough. As usual, the mixing is superb, whether the Rihanna couplet of Total Freedom’s ‘Where Have You Been’-sampling ‘Hunter’s Tale’ and ‘Numb’ or the Baltimore-meets-Bedford of James Nasty’s ‘Can U Fuck With This’ and Lil Silva’s ‘Funky Flex’. Check out the full visuals at UK culture hub Logo.ec. 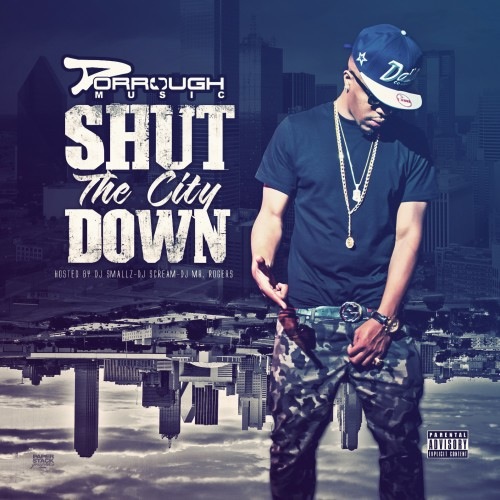 DORROUGH MUSIC
SHUT THE CITY DOWN

The Dallas rapper best known for 2009 hit ‘Ice Cream Paint Job’ returns with Shut The City Down. Dorrough is like a Texas version of Juicy J, especially considering his talent for earworming hooks. The mixtape has plenty across its 18 trunk-rattling tracks that run the gamut of Southern rap. There’s area code anthem ‘214 Number’, the Street Fighter-sampling ‘Yoga Fire’, Houston rumbler ‘Broke Dem Boyz Off’, and bounce-inflected ‘Slow Down’. Guest rappers abound, but with Dorrough’s simplistic skill set, it’s not a bad thing: FACT favorites Juicy J (‘Drugs In Da Club’) and Kevin Gates (‘All About My Paper’) drop memorable change-of-pace verses.

Dorrough also enlists some of the finest producers in hip-hop. While MiKe WiLL saves one of his more reductive beats for posse cut ‘What The Hell’, the strongest moment is the DJ Mustard-produced ‘After Party’, which is basically ‘Rack City’ part 2; the Tyga hit is also the touchstone for ‘Racing’, produced by Atlanta tastemaker DJ Spinz. There are also a couple notable nods to the past: Brick Squad’s Zaytoven reworks 50’s ‘Many Men’ on Dorrough’s song of the same name, and ‘Ice Cream Paint Job’-producer 2 Much flips classical into the mournful title track. Overall, a surprisingly entertaining offering. 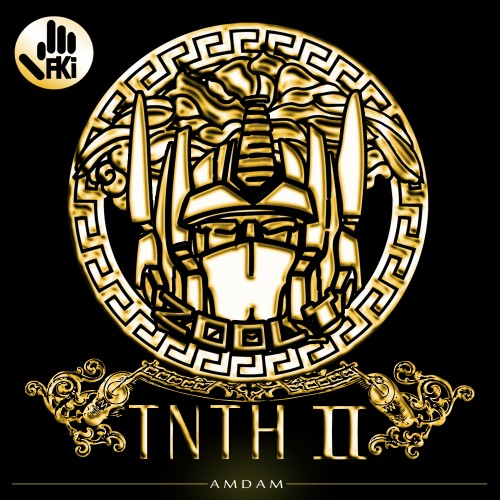 FKI
TRANSFORMERS IN THE HOOD 2

Atlanta duo FKi’s first installment of Transformers in the Hood was one of those records that just shouldn’t have worked at all. A worrying collision of dubstep, EDM and bass-heavy Atlanta trap, with co-production from superstar DJ Diplo, it was on paper a music fan’s worst nightmare. Somehow though, 1st Down and Raye Rich managed to make it work and blend a noxious concoction into something strangely addictive. The record’s sequel opts for a similar composite, and yet again the duo confound expectations in finding a way to make moments like a collaboration with cheesy trancer Kaskade sound perfectly acceptable.

We’ve got gigantic, ugly Skrillexian (is that a thing? It is now) breakdowns, twinkling, euphoric vocal snippets and an appearance from notably hit-or-miss rapper RiFF RAFF, and yet still FKi emerge with an album that’s both very listenable and surprisingly tight.

Transformers in the Hood 2 might not conform to many ideas of what’s credible or not, but here’s an album made by two producers who really don’t care about what you think. They’re listeners first, and have pieced together a patchwork of influences and ended up with a sound that actually fairly accurately represents the state of musical hybridization in 2013. Don’t think about it – just listen. 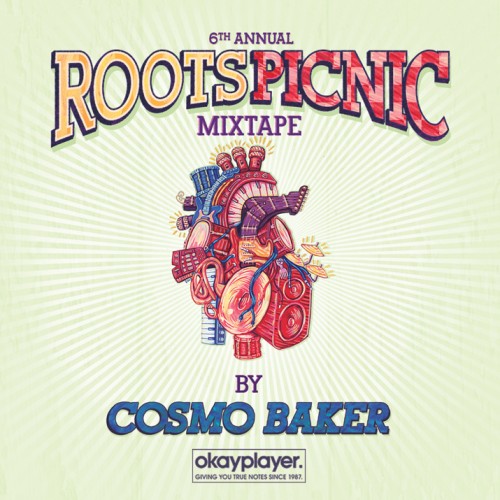 New York veteran Cosmo Baker is a DJ’s DJ, a crate-digger’s crate-digger, and the perfect talent to assemble the official Roots Picnic Mixtape. Comprised of acts that will be performing at the annual Philly festival, there was no one better-suiting to mixing this diverse group of artists. While the mix has its share of unique moments — The Roots classic ‘Dynamite’ into How To Dress Well’s ‘Running Back’ into a remix (of a cover) of Drake’s ‘Houstatlantavegas’, or Macklemore and Ryan Lewis hit ‘Can’t Hold Us’ sandwiched between Grimes’ ‘Circumambient’ and ‘Oblivion’ — but Cosmo makes it work with aplomb. This isn’t just a promotional tool for The Roots picnic: this 85-minute mix is perfect for summer BBQs and picnics in Philly and beyond. 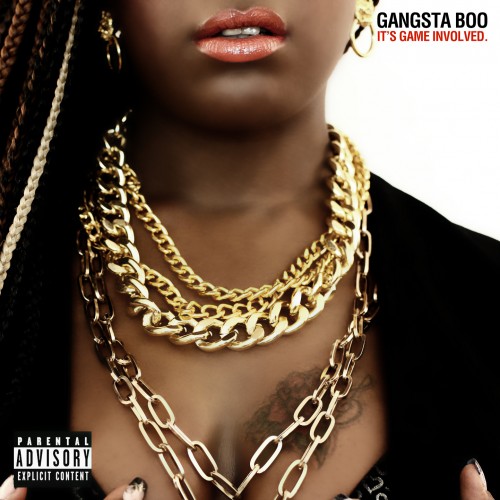 The first lady of Three Six Mafia returns with a long-awaited mixtape. While Boo promises (and delivers) on a return to her “90s flow,” the majority of the beats have a contemporary sheen thanks to Memphis native Drumma Boy. Still, the appearances by SpaceGhostPurp’s Raider Klan contemporaries provide plenty of nods to the classic era of Memphis rap from which Boo found her greatest success; she even raps over SGP’s hypnotic ‘God of Black’ beat.

It’s Game Involved is at its best when it feels like one of those faded Memphis tapes from which the Raider Klan find their inspiration. The pornographic ‘Pussy Taste Like Kush’ moans its way through clouds of purp smoke, ‘Bodies’ samples Drowning Pool to great effect, and the tape-melted horrorfest ‘Silent Night’ features Amber London, the young rapper most likely to be her generation’s Gangsta Boo. While the mixtape loses its footing at times (Drumma Boy’s beats can be repetitive, and the soulful ‘Bad Times’ is an odd fit), it’s an impressive return to form for a 90s veteran whose influence looms large. Here’s hoping she’s able to capitalize on the renewed interest in Southern rap like former collaborator Juicy J. 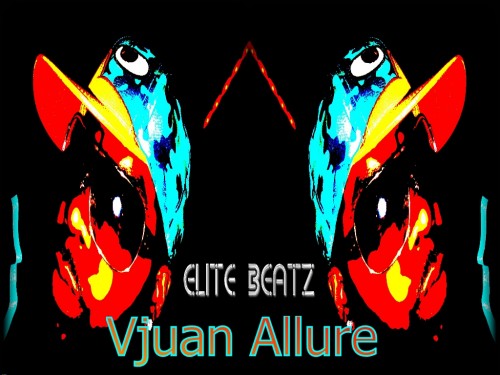 The ballroom beats innovator mixes nearly an hour of scintillating house music for Baltimore deep house institution Deep Sugar. While Vjuan made his name with ‘Ha’-sampling tracks, he’s not a one-trick pony: this is house music for all manner of club-goers, from voguers on down. Highlights include cuts by New York diva Carolyn Harding, Big Will Rosario & Moody Groova’s ‘Let Your Body Flow’, and a remix of Dennis Ferrer’s ubiquitous ‘Hey Hey’. 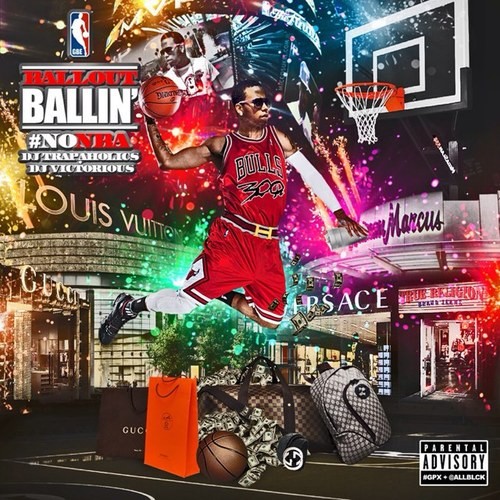 Ballout, in case you didn’t already know, is the guy who famously stole Soulja Boy’s (apparently fake) chain not so long ago. Ballin No NBA is his chance then to show he’s more than simply the dude who makes good on Chief Keef’s beefs. Whether or not that works out for him is very dependent on your tolerance of a rapper whose dictionary definition would be ‘weed carrier’.

If you’re grabbing a GBE mixtape you’re probably familiar with Chief Keef and his crew’s dramatic, unmistakably Chicago drill and sure, Ballin’ No NBA does the job, but at what cost? To get to spiky guest spots from Lil Durk, Keef and Fredo Santana we have to first wade through a mire of uninspired arrhythmic nonsense from Ballout himself.

While there are discernable words to his flow, it’s fairly easy to trawl through the entire record without really hearing a single one of them. Ballout is more like a placeholder than a real rapper, sitting (almost) on top of the beats just because they don’t really work as mere instrumentals. The lamentable ‘Them Works’ is a perfect example of how little he has to say, and without an inspired fellow rapper to pull things together Ballout falls into a void of useless syllables, trapped by his own inability to make words go together with other words in an interesting manner. Ballout might have stolen Soulja’s chain, but when the laughing stock of the rap game can spit more convincingly than you, it might be time to check yourself.