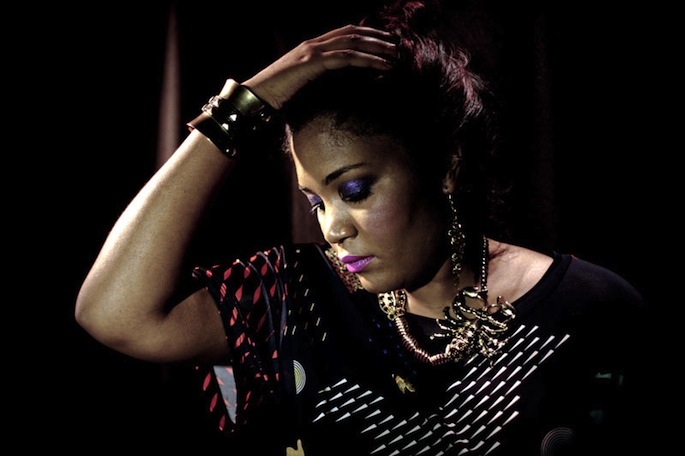 The artist formerly-known-as Kate Wax preps an EP for her new imprint.

Swiss-born artist Aïsha Devi launched Danse Noire earlier this year with the lofty goal of “dismantl[ing] current notions of body music.” After an inaugural release by Italian producer Vaghe Stelle, Devi will release her own Aura 4 Everyone EP.

Previously, Devi has recorded for Border Community, Output, and Mental Groove; she’s also released avante-garde singer-songwriter material as Kate Wax. Laying the Kate Wax moniker to rest, this new EP is rooted in her meditation, teaming her spirituality with her machines “to reach transcendence.” With that in mind, it’s both more industrial and more danceable than her Kate Wax material.

Aura 4 Everyone is due out on June 3 and includes four originals and remixes by Cooly G and Willie Burns. Cooly G’s “Cooldub” remix of lead track ‘The Sore Party’ streamlines the hypnotic noise of the original and lays in a woofer-rupturing rhythm-and-bass combo. Stream it below; a video preview of the EP follows.