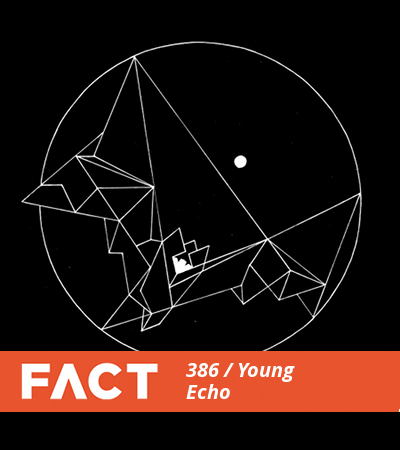 This week’s FACT mix comes from shady Bristol collective Young Echo, on the eve of their first group album, Nexus.

Young Echo’s individual members have been making waves for some time now. Kahn, who contributed a FACT mix back in 2011, has been winning fans in both grime and dubstep with solo releases for the ‘steppers on the Punch Drunk and Black Box labels, and gothic grime collaborations with Neek. Vessel divides his time between Young Echo and Tri Angle, releasing last year’s Order of Noise album through the latter, while Zhou (a.k.a. Jabu’s Amos Child and Ishan Sound) have become regulars on Punch Drunk and El Kid has been quietly releasing stormers through Left Blank and Astro:dynamics.

Speaking to FACT earlier this year, the group explained that they treated Nexus – an anagram of “nu sex” – “as much as a compilation as a conventional album – most of the tracks were written before we had seriously began thinking about releasing an album as a group, so most of the music wasn’t necessarily written with this album in mind. Overall with this record it’s been more of a selection process to display the spectrum of our collective sound than a group writing process.”

Like Nexus, we don’t know who’s exactly doing what on Young Echo’s FACT mix, but it tows a similar party line to the album: music that feels firmly in the Bristol lineage of trip-hop, dub, et al, but with a gothic sensibility that owes more to doom and noise. It’s cracking stuff, and you can download it below. No tracklist – like you needed to ask.

Nexus will be released this month through RAMP.