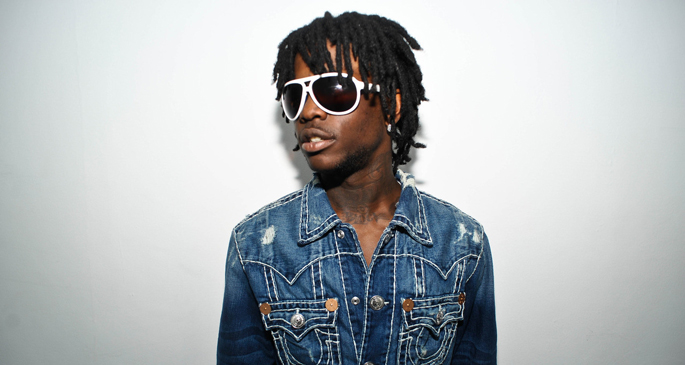 Bitches might love Sosa, but it seems the police are not so eager to throw Keith Cozart a bone. Literally moments after he brushed off his recent speeding charge with nothing more than a warning, the Chicago rapper was arrested outside of the courthouse by local police officers and is now detained in the city’s Southside.

There’s no word on what the charge is yet, but after the last year of brushes with the law we’re guessing it really could be anything. Eating a footlong sub in public maybe, or possibly the cops just took a listen to Keef’s frankly criminal new single (below). [via Fake Shore Drive]

Update: The Chicago Tribune reports that Cozart was arrested on a misdemeanor trespassing charge; his lawyer hadn’t see the paperwork but said she believes police were waiting for him to leave the courthouse.

Update 2: Keef’s camp has released a statement alleging “excessive force” on the part of Chicago police. An excerpt: “It is not normal practice for police to come from the south side armed with AK47’s to arrest a person on misdemeanor trespassing charges, but clearly Chief Keef is a special young man that garners special treatment from the Chicago Police Department. Hours later, amidst jovial officers with no sense of urgency, Chief Keef is still being held waiting to be processed. So special they just wanted to keep him around for a little while longer.” [via FSD]