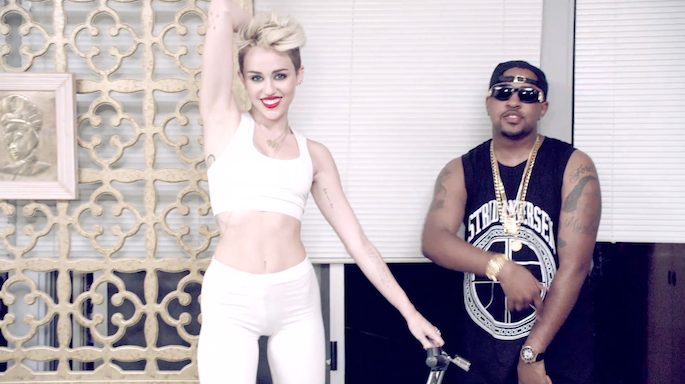 The video for Miley Cyrus’ ‘We Can’t Stop’ is what happens when a teen pop star makes a hip-hop party video in the age of Tim and Eric. Directed by video veteran Diane Martel, the clip features a scantily-clad Cyrus toying with a few hip-hop tropes (grills, twerking) and some out-there imagery, from taxidermied animals wearing jewelry to a skull made of french fries.

See for yourself below. The controversy-courting single was reviewed by the FACT Singles Club, who alternately called it a “dead-eyed ode to MDMA written by people who don’t appear to have taken any” and “kind of like a ‘Glee’ version of what rave music might be like.”

Tags: Mike WiLL Made ItMiley Cyrus