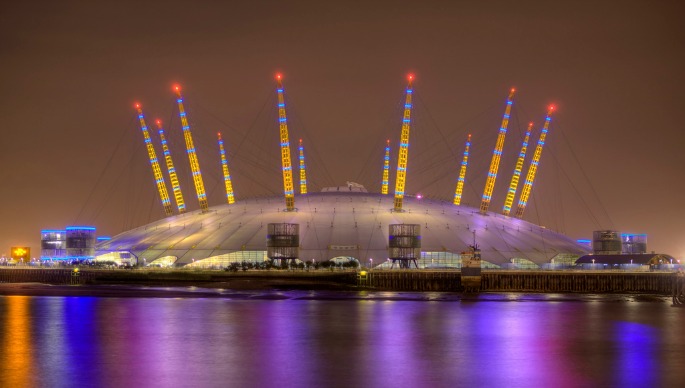 The former white elephant is now the world’s most popular venue.

The O2 Arena has announced record revenues after selling two million tickets for gigs by acts like the Rolling Stones and Beyonce.

The 20,000-capacity arena in Greenwich, east London, said revenues for 2012 stood at £63 million. The increase was largely down to the venue being rented out for the Olympic and Paralympic Games, said O2 officials.

The venue’s success is also good news for the austerity-bitten UK government, as the 2002 deal to turn the former Millennium Dome into an arena left taxpayers with a 15 per cent stake in net profits, a cut that stood at £15.5 million this year. [via Evening Standard]