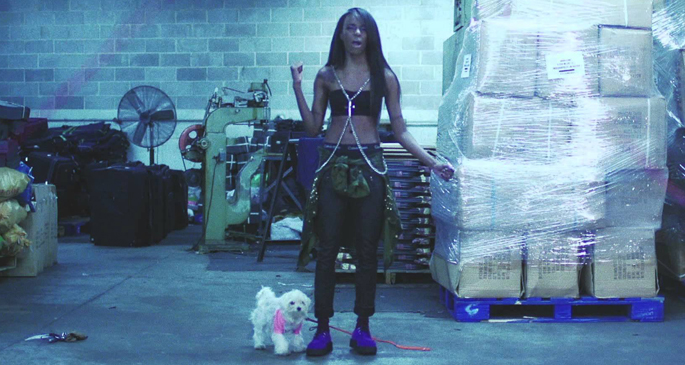 Atlanta trio Migos have shot into the headlines recently, mostly thanks to the unexpected breakout success of their recent Zaytoven-produced club hit ‘Versace’. Like Rocko’s Childish Major-produced ‘U.O.E.N.O.‘ before it, it’s a track that has become so ubiquitous that every rapper wants to be heard on their own version – hell, even Drake turned up on a remix.

It’s not too surprising then that XXL Freshman Angel Haze would contribute a ‘Versace’ freestyle in the run-up to her apparently all finished Dirty Gold full-length. Sadly however, although she does solid work, she’s nudged out by Chicago upstart Lil Herb, who has also just turned in a stellar take on the same track, one that even threatens to out-do the original.

“I don’t rock Versace but don’t get me wrong if I did I could cop it.” he flows confidently, and continues his 2013 winning streak that’s set to culminate in the imminent Welcome to Fazoland mixtape. You can check both versions below.