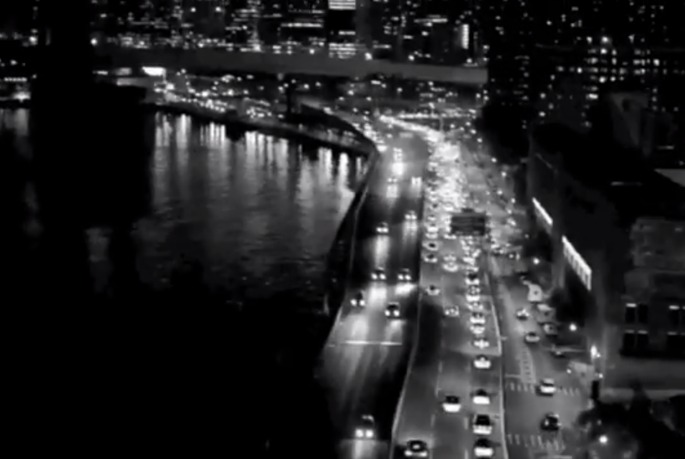 Billed as the ‘official’ trailer for James Ferraro’s forthcoming NYC, Hell 3:00AM, the clip is actually a video for the aspirationally titled album track ‘Upper East Side Pussy’.

Being with the word “money” repeated over and over, the track couches Ferraro’s distant voice in soft, downbeat synths while fragments of text flash up on screen: “On the bridge exhale smoke / Cracked ATM screen / Emaciated model face / Cheek bone era”. The track finishes on a zombified dancehall vibe as Ferraro Autotunes “rats, rats, everywhere” before the “MTV! MTV!” denouement. It’s pretty weird; we like it.

This is the fourth teaser for the album Ferraro has delivered so far – watch the first and second ‘trailers’ and  the previous song, ‘Eternal Condition/Stuck 2’, and find out more about his “surreal, psychological sculpture” of an album, coming on Hippos In Tanks on 15 October. [via Fader]