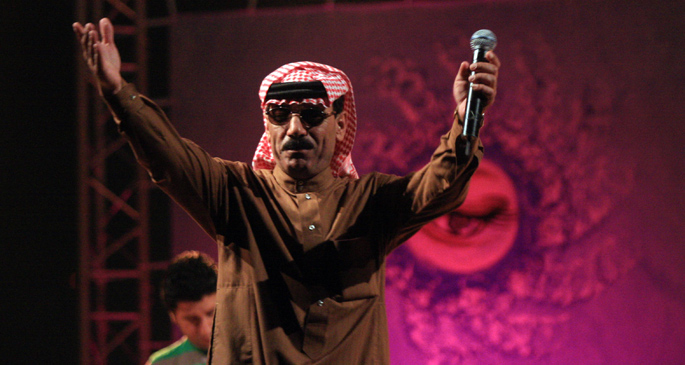 The wait is over.

You can imagine how excited we were when Syrian superstar Omar Souleyman‘s new album Wenu Wenu was announced to have been produced by none other than British beat mangler Kieran Hebden (aka Four Tet), and the LP’s first single has finally emerged.

While we heard a snippet of the record thanks to a DJ set not so long ago, now we can hear the album’s title track ‘Wenu Wenu’ in full, and it’s almost predictably sizzling. Hebden’s restrained hand can just about be made out – Souleyman’s fusion of dance and Syrian devotional music is still there, but as the track morphs into a meaty 4/4 monster in its final third it’s hard not to hear Hebden’s masterful touch.

Wenu Wenu will be released on CD, cassette, limited edition LP and digital on October 21 via Ribbon Music. [via Pitchfork]