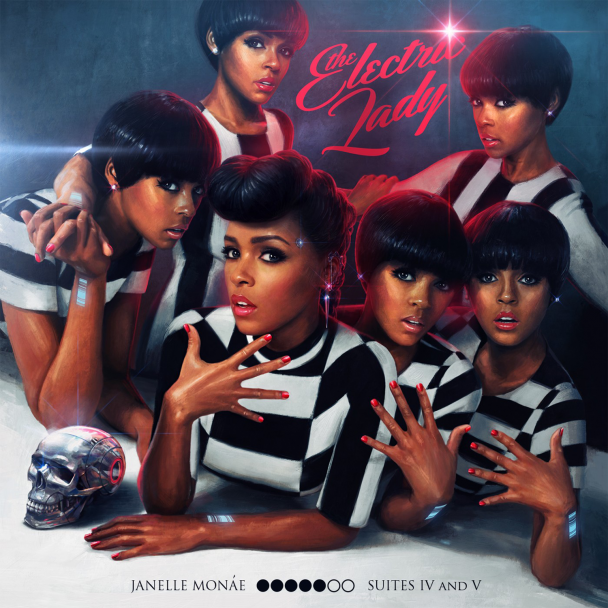 The title cut of Monáe’s latest gets a star-studded, 90s-flavored remix.

The original ‘Electric Lady’ is a slinky funk duet between Janelle Monáe and Solange on the album of the same name. The remix (a bonus cut on the Target version of the album) enlists Atlanta vets Big Boi and Cee-Lo for a southern-fried reworking that kicks harder than the original.

Stream it below. In his review for FACT, John Calvert described The Electric Lady as a “dazzling follow-up to 2010’s The ArchAndroid [that] sees pop polymath Janelle Monáe dialling back to America’s golden era of funk and soul.” [via Stereogum]