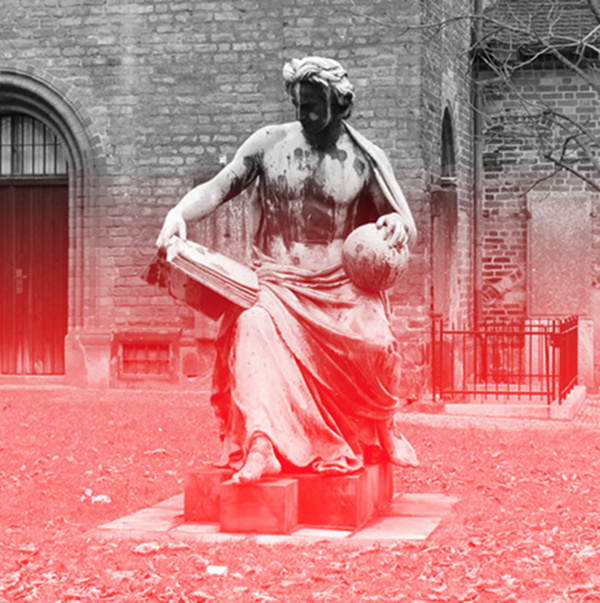 This month, we dive into the blissed-out acrobatics of Holly Waxwing, spoken word dystopia of Waxy Tomb, The End of The World Championship’s heady drones, Ventla’s cartoonish vignettes, the hellscape that is Traag, and the pastoral trips of Takamitsu Ohta.

This got my attention initially because of Brenna Murphy’s cover art (I’m a huge fan of hers), but the music itself is even better. Delicately composed electronics roll over smooth beats and swim inside laid-back flows. Impressively, Holly Waxwing avoids all the bad new/nu age tropes and ends up somewhere tropical and refreshingly new. Bonus points for the bundled download, coming with a bunch of great remixes (hey FOODMAN!). There are so many things about this tape that, if not so well done, I’d absolutely hate, but Holly Waxwing manages to bring it all together in a delightfully original way.

I’m a sucker for weird electronics paired with heavily-processed spoken word. While Infra Shape is obviously no Flowers of Evil, it’s still great. Waxy Tomb’s attention to detail is the most impressive aspect of this tape. Musically, it shifts between multiple modes with ease. From the sparse dystopias of ‘Stuck on the roof of a very large building/That thing’ to the woozy, vaguely pop-infused ‘Gradient Based Exchanges’, Waxy Tomb does it all well. Randomness is only teased at, but after multiple listens, it’s obvious that each abrupt change, each bleeped-out squelch, is intentional. Add to that the ghostly robotic vocals, and I am all-in. The more I hear this, the better it gets. By December, this is going to be one of my favourite tapes of 2013. Really great stuff.

THE END OF THE WORLD CHAMPIONSHIP
In Slow Motion
(Umor Rex)

As the weather gets colder and the seasonal beers get darker, my listening mode starts to shift into low and slow. Björn Granzow (under The End of the World Championship moniker) moves like a massive glacier. Each side-long piece sprawls toward the horizon, spilling through the speakers like a dying golden sun. In Slow Motion is cathartic in its own beautiful and uncompromising way, and always headed toward a singular, distant point. Great cover, too.

Orange Milk continues to be one of my favourite labels in the entire world. Their recent 4-tape batch is all very good, but Ventla’s Smuggled is in a league of its own. This sucker is straight-up weird. With 28 songs, only one of which clocks in over a minute, there are a ton of different ideas presented here. Think funked-out basslines, vocoder, shiny synth leads, random samples, Japanese vocals, and then some, yet nothing seems out of place. My friend Lars described this as Dilla meets J-Pop, and that’s not too far off. Constructing an entirely new sound world, Ventla is a revelation.

First off, this might be more than a month old, but I’m not sure. The good folks at Tabs Out listed it in their new releases section a few weeks ago, and since that’s where I heard about it, I’m gonna go with it being new enough to qualify for this column. Regardless, Surface World is a snarling mess. Traag first appeared on my radar with a great Opal Tapes release last year, but I’m even more on board after hearing this. Crumbling percussion patterns that barely qualify as rhythms dot the landscape while junkyard synths and monotone vocals add new layers of bleakness. Ugly music rarely sounds this good.

This might seem like an odd entry here, but for the first part of this month it was just what I needed. Tulsa has been stuck in the 90s (temperature-wise, though decade-wise that’s probably true too) and it still felt like Summer out. A lot of people might be thrilled by that prospect, but I was over it and totally ready for Autumn. The scratchy, crinkle-infused recordings from Ohta reminded me of the sounds of the tawny season. I’d listen to it early in the AM as the sun was rising, and I managed to trick myself into thinking it was cool and overcast. Of course, now that it is cool and overcast, I’m good. That being said, there’s something evocative and affecting about these simple recordings.