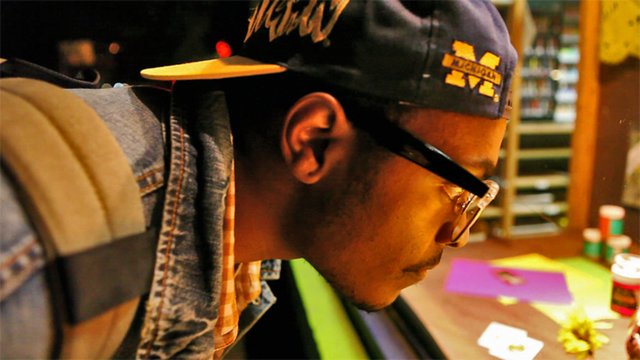 The Pro Era beatmaker takes his scissors to Yeezus.

Californian producer and recent Ninja Tune signee Lee Bannon has always worn his love for jungle on his sleeve, most recently dropping a breaks-heavy reworking of Sampha’s ‘Without’, and now he’s given Kanye West’s ‘Bound 2’ the same roughing up in the studio.

Bannon’s reworking of the Yeezus album closer, dubbed ‘Bound 3’, blends madcap, bouncy breaks with the soft piano chords of the original, while Charlie Wilson’s soulful vocal acts as the lighters-in-the-air moment before things take a turn towards the darkside towards the end.

Check out FACT’s Beginners Guide to Lee Bannon for more from the promising producer, who spoke to FACT earlier this year about his taste for everything from hip hop to jungle to musique concrete. You can also download his new EP, Place/Crusher, for free via his Soundcloud, while his Ninja Tune debut Alternate/Endings is due December 9. [hat tip to RBMA]