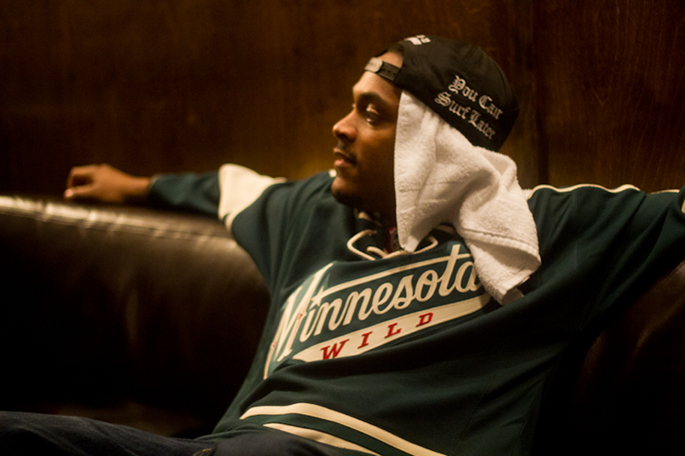 The young Californian, who first came up as Joey Bada$$‘s go-to producer and tour DJ, has had a breakthrough year in 2013, largely down to his commendable see-what-sticks approach: his recent release schedule darts between classic boom-bap, stygian drone work, tweaked jungle and gloomy electronic pop. It’s a twisted tale, and his Bandcamp tells it best, hosting recent successes like Caligula Theme Music 2.7.5 and the ambient Never/Mind/The/Darkness/Of/It EP. He also filed a varied FACT Mix earlier this year, featuring a host of odd bedfellows (Mykki Blanco next to DJ Hype; Madlib sitting pretty near Source Direct).

In a post on their website, Ninja Tune have announced that Bannon has joined their roster. His first major release with the long-running imprint will be studio album Alternate / Endings, due on December 9.

To mark the signing, Bannon has released a new EP, Place/Crusher, for free. Head here to cop the release, presented as a single long track. Information about Alternate / Endings is currently scarce; in the interim, Bannon’s killer ‘YG&A’ is available to stream below.

Earlier this year, we sat down with Bannon to talk Zach Hill, Squarepusher, and becoming “the Stanley Kubrick of music”.