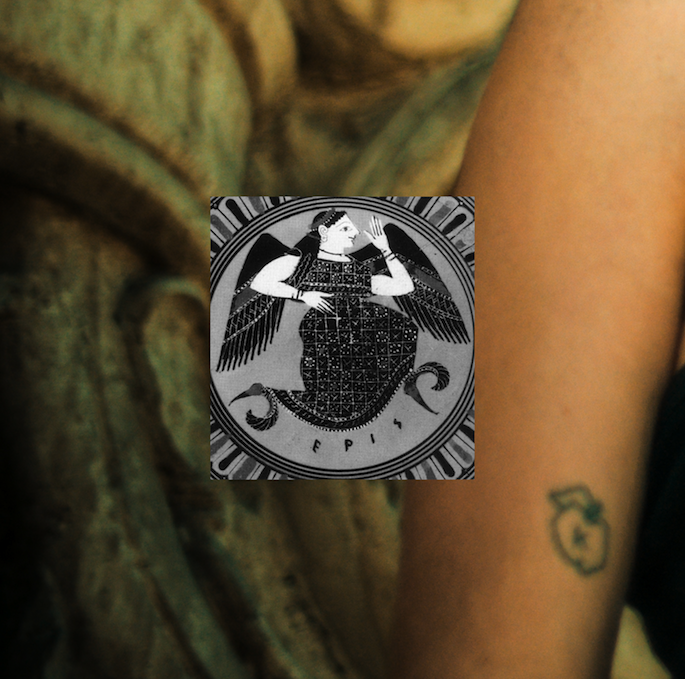 The Montreal pop-experimenter sets aside high-concept reconstructions for something more old skool.

In his Music For Keyboards series, d’Eon has done everything from re-arrange Blink 182 as a neo-classical suite to write digital compositions in the style of pastoral folk songs. His latest project is more simple, judging by the breakbeat hardcore of lead cut ‘Michael Douglas’.

Recorded under the name Kallisti, Arc of Fire is described — quite brilliantly — as “a vain, discordant, chaotic 12″ record for disagreements at the club. Let this be the adornment to your bathroom-mirror-stares, fistfights, trap-talks, sexual power-moves and police encounters.” The record is due out November 19 via UNO NYC’s white label imprint NORELATION as a physical-only release.

Download ‘Michael Douglas’ below; the Arc of Fire tracklist follows. d’Eon released his latest volume of Music For Keyboards in August, and his 2012 FACT mix is still one of our favorites.