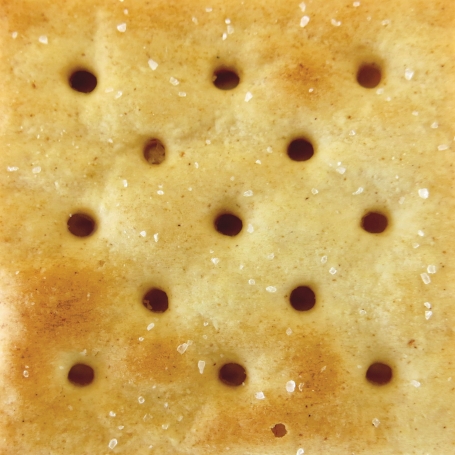 In the 2003 movie American Splendor, Paul Giamatti’s character Harvey discusses the merits of the movie Revenge of the Nerds with Judah Friedlander’s character Toby. Harvey is curious as to what movie could be worth driving 260 miles for, to which Toby replies by giving an explanation of the movie’s uplifting nerds vs jocks moral. Harvey quickly follows: “So what you’re saying is, you identify with those nerds?” Toby replies: “Yes I consider myself a nerd”, with the exact vocal intonation and delivery you’d expect from a character made to represent everything that is cliché, with a pinch of truth, about the American ideal of the nerd.

Five years later, another nerd, Fulgeance, a producer and musician from Normandy, would lift this particular piece of dialogue as the intro for a song also titled ‘Revenge of the Nerds’. The song was released as part of All City Records’ 7×7 series, a string of 7” records that stands as one of the finest documents of the coming of age of hip hop’s own beat generation. Nominally, and to an extent stylistically, related to the 50’s Beat movement, this late 2000s incarnation of the Beat was focused squarely on the production side of hip hop, the evolution of its aesthetics and the rise of the producer as an artist. The impact made by this global movement is still being felt today. To put it another way, the nerds got their revenge: see Hudson Mohawke, a bright spark of the movement, producing beats for Drake and Kanye. These nerds may not have willingly decided to take revenge like those of the movie, but some of them sure as hell are having the last laugh right now.

Los Angeles – and, more specifically, its hothouse Low End Theory night – was one of the most active, and visible, nodes of this late 2000s production movement. It was at that night, six or seven years back, that a young (read ‘underage’) Jonathan Wayne cut his teeth. Highjacking the stage name of a certain actor cowboy legally known as Marion Morrison –  a stage name that was, in fact, inspired by one of Jonathan’s ancestors – Jonwayne used the internet (back when Myspace ruled the digital roost) and his car to put himself forward: handing out demos, connecting, making beats, rapping. His breakout mixtape, Bowser, arrived on LET boss Daddy Kev’s Alpha Pup label back in 2011, and he’s now releasing his rap debut proper on Stones Throw Records, L.A’s bastion of the independent hip hop. Geek turning dreams into reality? Check.

If Bowser showed Jonwayne’s ability behind the boards, and crowned him as one of the beat scene’s most talented nerds (he fits the stereotype rather well), then Rap Album One cements his place as one of the scene’s most exciting rappers. While Rap Album One could technically be seen as a producer album – Wayne handles all production, bar two beats from Scoop Deville – his words are very much front and centre. As with other producer/rapper trailblazers (El-P, Jay Dee, Pete Rock, Madlib and, going way back, Marley Marl), you can’t simply separate the two skillsets: they’re different sides of the same coin, and that gives the album a remarkable cohesiveness.

Rap Album One breaks away from rap conventions in an effortless manner. For one, it’s short, running to 11 tracks and just over 30 minutes – although a long time coming, it doesn’t overstay its welcome. It’s bursting with original ideas too: ‘You Can Love Me When I’m Dead’ opens with Jonwayne spitting an eloquent 16 bars that take up less than a minute of the song’s four, has no discernable chorus aside from a repeating disembodied eponymous vocal sample, and closes with 16 bars of scratching funk from solo scratch legend D-Styles. Lessons? One: fuck conventions if you can still make shit bang without them. Two: please can we go back to having good scratching on rap songs again? And three: you can happily showcase the rapper and producer without one overwhelming the other. Like Earl Sweatshirt’s recent Doris, Rap Album One repeatedly upends rap’s hoary old verse/chorus template; these kids know where they come from, but that doesn’t stop them from giving us tracks that treat the conventions of rap like so many disposable blunt wrappers.

Then there are the pianos, so many pianos and keys. Don’t get me wrong, though – it’s a good thing. It’s hardly news either, considering Bowser could have been summarised with two words: pianos and beats. When I spoke to Jonwayne about it, he mentioned that what attracted him to the sound of the piano is its innate timelessness. And it’s hard to disagree. What’s more, the pianos on the album are played rather than sampled, even if the sonic treatment they’re given could easily make you think the latter. Jonwayne clearly gets the piano’s emotional appeal as an instrument, and uses it to pull the listener in. There’s an emotional quality to the tracks built around pianos and keys that gets better with every listen, like a sonic rod that gradually reels you in. Jonwayne: rapper, but also emotional fisherman.

And what about the rapping? Well, Rap Album One not only offers banter recited to a high standard, but it also often feels like a deeply personal journey. Jonwayne comes across as if his life depends on what he’s telling us. He’s exorcising demons, putting shit to rest and speaking his mind regardless of what the listener may think. And that’s another good thing. Stories of his coming up, his struggles and his insecurities are peppered throughout the tracks, intertwined with biting summaries of today’s society and the rap game, as well as lighter, more poetic rhymes and the usual rap braggadocio. At no point does this feel like a nerd whining into a microphone; rather, a certain honesty pierces through the medium and all its pitfalls. He can be bullish where necessary – “These hipsters calling me hipster is gettin’ old, makes me sick / man you couldn’t get more punk with extra holes in your dick – and there’s some incisive, biting comedy in the finest rap tradition, too: try the Scoop Deville-helmed ‘Black Magic’, which nails American society and the rap game in three head-turning lines: (‘This is America, the product of an empty plan / And I’m American so I guess I’m an empty man / Sitting in the studio with few friends and many fans.)’. And humour’s important, too – check seasoned hip-hop go-to Jeff Jank’s killer cover art – a cracker, in every sense of the word.

Opening on a gloomy note, the album then moves through various moods across its nine tracks before concluding on what could be construed as a redemptive ending of sorts. This ending offers a glimmer of hope following Jonwayne’s open-heart confessions and rap banter, and further highlights the album’s roots in the rapper/producer’s own life experiences. Rap Album One is the sound of an artist who’s finally found some balance between his rapper and producer halves. Both the beats and rhymes are more mature than anything he’s put out thus far. The funk is still there, the head-nod, the banter, the jokes, the personal stories – yet the structures, melodies and approaches have all evolved, for the better. And make no mistake: Jonwayne is just getting started. He’s still got some learning and growing to do, but considering he’s part of a new generation of artists whose learning steps are increasingly made in public (see Jeremiah Jae, the OFWGKTA gang, and Wayne’s cohort Zeroh, also featured on the album) it’s great to see him, and the label, approach the process with such care. Verdict? Rap Album Won.