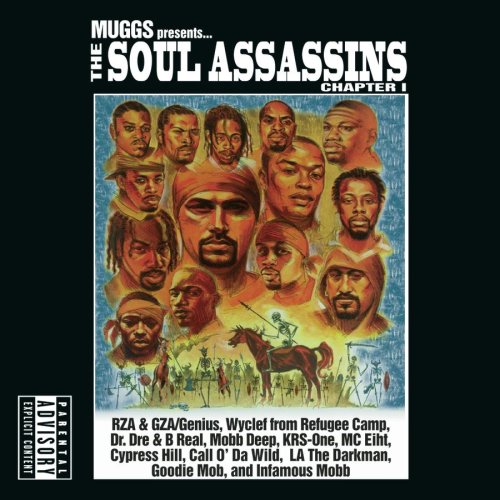 My Favourite Record is a new weekly feature, where we ask musicians we rate from across the spectrum to pick their most cherished album – a development of our occasional On Record feature, and a chance to take a peek at the albums that maketh the artist. Today’s entry:

“Surprisingly a lot of people I speak to don’t know about this album, it’s definitely a collector. Soul Assassins is a collective of producers, MCs, and graphic artists led and put together by DJ Muggs from Cypress Hill. They made three albums altogether but the first one is just classic. It features production by Muggs, Dr. Dre, and RZA working together. Just that right there is like the Stones, Beatles, and Pink Floyd working together on an album. In terms of MCs, there’s GZA, Mobb Deep, B-real, Goodie Mob, Wyclef, MC Eight, La The Darkman. It’s just crazy. Best GZA verse and best RZA verse ever on ‘Third World’ and Dr. Dre and B-real just kill it on ‘Puppetmaster’.”

“I think this whole project must have inspired Dre’s Chronic: 2001 because it has the same kind of dynamic of using different producers and artists to do something that went to the next level. And then Dre took it even further a few years later. I didn’t hear it when it came out but found out about it later when I got to know Alchemist, who became a member of the Soul Assassins and was involved in the second album. He’s got this dope ring that every member gets, it says “Ese” on it. The legendary artist Mister Cartoon is also a part of the collective.”

“This album is so great, it’s almost part of the reason why it’s difficult for me to still get excited about hip hop right now. The bar was raised so high because of these guys, not just in terms of the sound but in the spirit. It’s like Michael Jordan, other players have his level of skill and talent today but no one is capturing that same magic. At the same time it’s inspiring to me because it reminds me that I don’t wanna exist in anything where I’m not raising the bar.”