The month in house and techno: March 2014 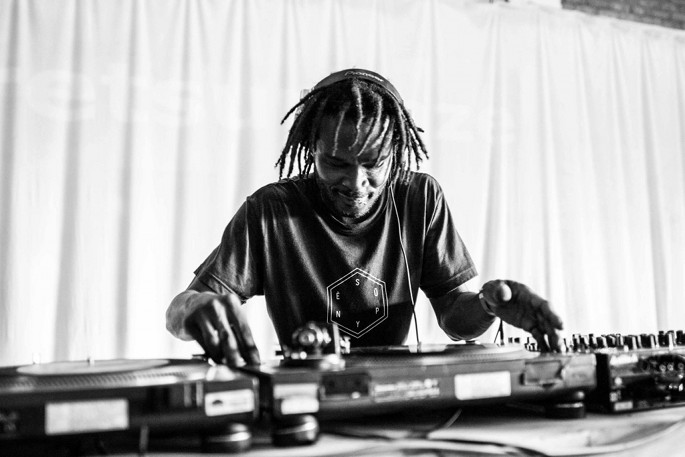 If you buy a lot of vinyl, you will have noticed that this last month, more than any before, seems to have been overrun with represses. From classic Shed tackle to long out-of-print Arthur Russell albums via most of Chez Damier’s back catalogue and a glut of Workshop re-issues, collectors everywhere have been either a) rejoicing that they can finally get their hands on that cherished bit of black crack for a reasonable price, or 2) pulling their hair out ‘cause they just dropped 50 quid on something that is now available for less than a pack of Woodbines.

Cut through the clutter, though, and there’s lots of stuff to get excited about, not least a second EP from emerging Bristol talent Shanti Celeste. Her new 12” sees the exquisitely named newbie step up from the boutique BRSTL outlet to one of the city’s most established labels in Idle Hands, and she does so in fine style: ‘On My Own’ is a ramshackle, scuffed-up bit of shuffling house with rueful pads, a buoyant bassline and downbeat synth smears. It manages to sound vulnerable yet determined at the same time, whilst flipside ‘Days Like This’ seems equally torn. Swirling, extended and beatless breakdowns allow a pained vocal to linger long and resonate ruefully, but when it kicks, the hi-hats are so sharp and glistening, the beats so delightfully rolling, that you’ll immediately forget all your troubles and bounce along subserviently.

Someone who has been knocking it out of the park for twenty years or so now is Detroit’s Scott Grooves, and this month he nets again with Another 500 on his own Natural Midi label. Hardcore fans will note that one of the three tracks is a subtly re-worked version of 2007’s ‘Only 500’, a sublimely slow-burning bit of cosmic techno that still fetches high prices on Discogs. Of the other two tracks, ‘Decimal 2.0’ is a phased, jittering affair with percussion that sounds like rain dancing on a tin roof, but the real standout track is ‘Deeply Uncomforatble’ – a perfect symphony of whirring machines, synthetic textures and live-sounding drum tumbles.

If you ask me, Preston’s Cottam saves his best work for his own labels, and why not? One of the most openly enthusiastic guys you could care to stalk anywhere on the internet, for his next trick he inaugurates a second new label, Ruff Draft, with Ruff Draft 01 – three carefully dishevelled, chugging house grooves. Opener ‘Lost In My Brain Fog (Extended Outro Mix)’ steals the show with some seriously weighty kicks, stoned synthscapes and fuggy ambience. The knowingly titled ‘Variation On A Theme’ is a similar affair but at a quickened tempo, and ‘Lost In My Brain Fog (Medicated Mix)’ is a crunchy, sooty, backroom beat with a corrugated bassline.

As roughshod as Cottam’s sounds are, house enigma Gerry Read is this month’s real master of tossed-off-textures. March saw him releases his Shrubby EP on Aus Music, definitely one of the label’s most original recent offerings. The two Read tracks actually mark some of his most paired down work to date, but still they are prickly, slamming affairs with weird hooks, razor sharp hats and splintered wooden drums that really leap out of the speakers. For his part, the peerless Redshape remixes each one into his own crack addled sci-fi visions.

American John Barera has been bubbling under for a while now, and the Supply label he heads up has been winning itself just as many new fans thanks to his fine A&R. Even if you don’t know the name, there’s a chance you’ve heard the man’s music given that Steffi reached for his ‘Reality’ track on her Panorama Bar mix last year. That cut was a collab with Will Martin, as is this excellent new EP, Yen. Loopy disco jam ‘Awake’ [embedded above] is the real gem here – like mainlining sunshine straight into your veins, it has a similar impact to Andres’s ‘New 4 U’ but is, frankly, even better. ‘Say It Now’ is another freewheeling, sun-kissed delight whilst on the flip ‘Unknown Factor’ is driving deep techno and ‘Yen’ is an insular and introspective bit of prime cut deep house. If you hear a better all round EP this month, you’re lying. 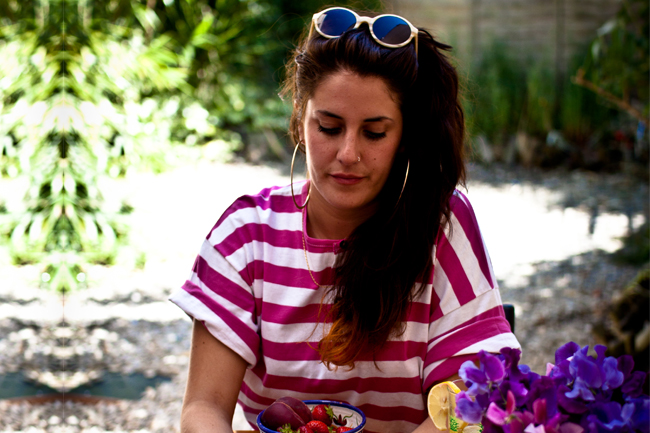 It kinda feels like techno is waiting for its next big shift. There are a number of different camps doing their thing, but no real new kids on the block shaking shit up. That’s reflected in the month’s best releases, which are nothing if not ever-more-refined versions of things we’ve all heard before. In the case of Fold’s latest EP The Grasshopper Lies Heavy on the eclectic Electric Minds label, he seems intent on showcasing as many of his influences as possible across one EP – from house to techno, bass to electro, the four tracks he serves up are flailing freeform fun. ‘Gully’ is hurried and bulky with bright neon chord blobs, ‘Dun Kno’ has a delightfully kinked kick drum that sounds like wobbled cardboard going wub-wub-wub and ‘Roy Batty’ hops about on tippy-toes as grainy claps skate across its surface. Closer ‘Harlyns Dub’ is a nicely hunched, traditional bit of dub techno, but the rest of the EP really is as refreshing as it is idiosyncratic.

Right, we need to talk about Amir Alexander. “A DJ since 93. A producer since 98” reads the Chicago man’s bio, but it is only in the last two years that he has been getting the dues he deserves. In that time, he has released close to ten EPs on labels like Argot, Secretsundaze and Finale Sessions. Each one is as good as the next, and each one is characterised by an almost mathematical approach to programming. Alexander’s drums are tightly coiled, bumpy, kinetic things that form dense beds from which his truly meaningful synth patterns emerge. There’s an emotional – almost spiritual – resonance in everything this deeper-than-deep character serves up, and long may it continue. I’m not going to pick one specific release, as this month alone he’s released killer EPs on both his own Vanguard Sound and New York’s Plan Be, so be sure to check both.

Berlin’s Kobosil has recently been gaining traction with releases on Ostgut Ton and its off-shoot Unerton, as well as getting called upon by Pangaea for his recent techno-focussed FabricLive 73. Now he pops up on Marcel Dettmann’s eponymous label with MDR 10 [embedded above], six more tracks that will find favour with fans of the longhaired one’s stripped back and minimal concrete funk. Firmly rooted kick drums often form the basis of the tracks with rainy melodies, rasping bee-like hooks or over-driven hi-hats variously colouring the head space above. It’s sleek stuff that provides plenty of bait for both head and heel.

I interviewed Move D about his Fabric mix recently, and the house and techno veteran was keen to point out how sad it made him that Detroit, Chicago and Berlin get all the headlines when it comes to the history of electronic music  “What about Sheffield?” he asked. Well, at the heart of the city’s output for as long as most people can remember has been The Black Dog. Always keen to shout about their beloved hometown, they do so once again here with their Sound of Sheffield EP. Enclosed within it are three tracks of dancefloor-focussed techno that range from supple and suspensory (“ISM”) to fizzing and frantic (“Dropforge Learning”) via elegant and escalating (“Too Many Isms”).

‘Italian’ and ‘techno’ in the same sentence usually conjures dreadful thoughts of dry, brittle and soulless loop techno and/or v-neck t-shirt wearing tech-house tits, but not so when it comes to Santorini. Appearing on Outelectronic Recordings, his Wax Not Wax EP explores cavernous and punchy, shadowboxing-style techno on the title track; raging and broken beats on ‘Savy’; and celebratory, fist pumping stuff on “Ringtone.” A typically sub-aquatic and implicitly deep remix from Conforce rounds out a most useful package.