Featured Stories I By Francis Englehardt and Paul NickersonI 20.05.15 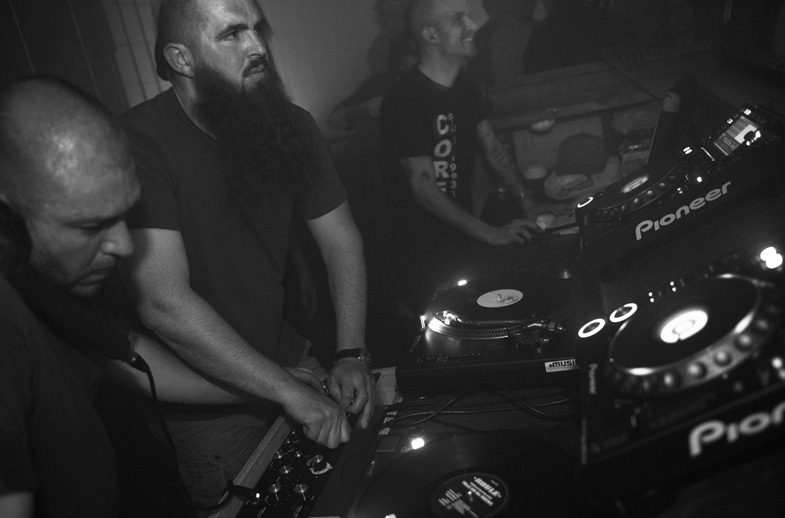 Every month, Slow to Speak round up the best new 12″s around – or at least, that’s the plan. In case you haven’t noticed, these dudes march to the beat of their own drum, so stuff from other years and genres invariably features alongside newer club-ready material.

If you’re out and about in Brooklyn this weekend, make sure you stop by the Dope Jams Memorial Day Bash which will be taking place on Saturday May 23 at Good Room. You can snag tickets right here.

At six in the morning after a night full of mushrooms and rum and cokes, this is what I want to hear.

Mono Junk returns to Forbidden Planet with another party rocker. The strings on this track rip, stab and punch like someone fighting for their life. Beautiful chaos! I just want to hear these strings on loop. That’s two for two for me from the Mono Junk/Forbidden Planet collaboration. One can only hope they keep putting records out together.

A slow and dirty acid builder. One of those tracks you know could build into complete mind-bending madness – instead it starts to build and does nothing. Maybe this could be a new genre in dance music: unfinished techno. EMG needs to go back to this again.

This record will be killed in those T-shirt shops along the beach that have Sons Of Anarchy shirts next to ones printed with “I’m With Stupid”. You know the place I’m talking about. You’ll be eating some variety of fried dough and on your way to the arcade and you’ll hear this baby blasted over the system. It’s like Miami all bottled up into a record. I wonder if MK realizes that he has gone from a producer to a genre?

Limited John Heckle side project on the Tabernacle sub-label, Head Front Panel. It’s nothing groundbreaking, just a cool transition record – unfortunately there isn’t a copy for under $50 on Discogs. Tabernacle, repress that shit!

Released on the appropriately named Tears Of Joy label, I think this is some of the guys from Pacific Wizard Foundation. It’s a floor-shaking head-fuck perfect for summoning that self-proclaimed third level wizard Jonny Romero. The real treat is the last minute of the track, which would be when your spell is coming to a close and Jon Romero appears. Get the vinyl of all their releases – the artwork is great, with screen-printed covers and hand-printed inserts.

Since it’s damn near impossible to find anything new that has any emotion, I decided to add this as I just heard it for the first time last week. Released in 1994 on the Canadian label Hi-Bias, it was made by 2 Bigg, and apparently this is the only record he made. It sounds like a long-lost DJ Duke track – monster bass line, killer vocal and flying percussion.

This is also from a long time ago, 23 years to be precise, and I just found out about it this week. MURK have released it digitally as Mission Control ‘In Your Soul (Build Up Dub)’. It’s the perfect beginning-of-the-night build-up track – deep as fuck but still moving. Strangely, no one quite understands how to make a track that is deep but doesn’t put you to sleep these days. “The name of the game is to feel real good.”

Wolfers hasn’t been killing them the last couple months so we chose this one for May. Crème finally repressed it this month as well. This is one of his finest works, a body-busting drug induced rollercoaster ride through the Fallopian tubes right in to Leviathan’s uterus. TIP! Wait, no, fuck just the TIP, slam the whole fucking thing in!