We’re told on a regular basis that pressing plants are at breaking point, but you wouldn’t think it given the sheer volume of 12”s being pressed each month. The number alone makes it difficult enough, but the proliferation of watered-down deep house and identikit techno tools doesn’t make staying on top of things any easier, and that’s before you consider the digital-only music, mixes and live streams we now have to choose from.

With this in mind, Scott Wilson brings us FACT’s house and techno column each month to highlight the best and most interesting music in the form of 12”s, EPs, remixes, albums and mixes. With the club environment splintering off into different directions, it’s easy to forget that there’s just as much innovation in the house and techno scenes right now. Of course, sometimes a track’s just a banger, and there’s plenty of that too.

On ‘The Frontier’, Berlin-based Avalon Emerson draws inspiration from her childhood home of Arizona to create an abstract techno track evoking the dry heat of the desert. It’s one of those rare occasions where the execution lives up to the concept, with a mournful prairie-like melody that audibly swirls with dust while rugged drums beat with the rhythm of a wagon train. It’s Emerson’s best work to date, proving that you can be conceptual and create music for the dancefloor.

The cover for Ancient Methods and Cindytalk’s collaboration says more than words with its stylised wolf jaw, ready to bite. There’s a lot of techno being made that claims to be extreme, but most has nothing on ‘Sleight of Hand’, which starts with ear-piercing post-industrial frequencies and only gets more overwhelming at it progresses. In line with the Diagonal ethos, it’s also a record you can dance to, with an EBM bassline that could be vintage Severed Heads.

The Durian Brothers’ Florian Meyer has a thing for the sort of rippling, metallophone-driven polyrhythms you’d find on a lost Javanese gamelan recording. As Don’t DJ, Meyer focuses these rhythms into something both hypnotic and danceable. ‘Savanna Siesta’ is as sleepy as its name suggests, rousing into life from the ambient sound of crickets heard from a hammock and breaking into the warmer, tropical inverse of Shackleton’s dark, psychedelic rhythms.

The excellent debut solo EP from one-to-watch Jayda G hits that sweet spot between Mood Hut-esque deepness and thumping Sex Tags-style house jams, but it’s ‘Sound of Fuca’ that stands out. With its slippery drums which put you on the wrong foot, lounge-inspired melody and weird reversed samples, it’s the sort of thing you’d expect to hear a DJ spinning in Twin Peaks‘ Red Room.

There’s nothing subtle about JoeFarr’s blend of melodic IDM and raucous UK techno, but it’s a refreshing antidote to the anonymous, mask-wearing producers who value branding over music. His debut album Sense of Purpose occasionally lets its kaleidoscopic synth workouts meander, but on the whole it’s the perfect middle ground between Clark’s colourful melodies and Perc’s ragged, bone-crushing drums. The Bloc Weekender is over, but if its label keeps putting out records like this, the festival’s spirit will live on. 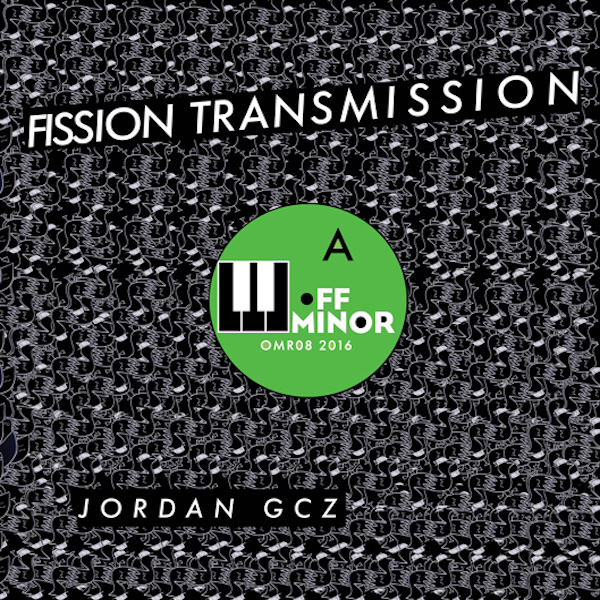 Lindstrøm, Prins Thomas and Todd Terje have all successfully weathered the nu-disco boom and decline, but it’s the latter’s festival-friendly anthems that have found favour over his fellow producers’ often stranger, more hypnotic grooves. On ‘Closing Shot’ it’s Lindstrøm who takes a step closer to achieving the same crossover appeal with a track that takes the Moroder-esque chug of 2007’s ‘I Feel Space’ even further outside Earth’s orbit.

Joseph Seaton has said that there’s nothing that distinguishes the music made under his Call Super and Ondo Fudd aliases, but the sinister vibe of ‘The Fludd’ is quite different from anything else he’s done. It veers close to a meditative, new age sound, but it’s grounded by a churning bassline and snappy steppers rhythm that wouldn’t be out of place on Livity Sound.

Records from Hessle Audio are increasingly rare, but the brief remains the same: release tracks from producers whose music has a certain something. Ploy’s ‘Sala One Five’ lacks the instant appeal of a ‘Cactus’, but its pulsating bass heartbeat soon takes you from a feeling of subtle dread to an all-out frenzy. Hessle has come a long way from its dubstep origins, but it’s still releasing records that hit you deep down in your gut.

Romania might be the most widely discussed outpost for minimal, but Berlin’s Soren Jahan is doing far more exciting things with what is an often maligned genre. ‘Spectre’, which features on his latest record for regular collaborator John Barera’s Supply Records, is like Sheffield bleep made by Ricardo Villalobos, or ‘Higher State of Consciousness’ reduced to pure sine waves. If you have a minimal prejudice, it’s worth putting it aside for this.