Featured Stories I By Francis Englehardt and Paul NickersonI 22.07.15 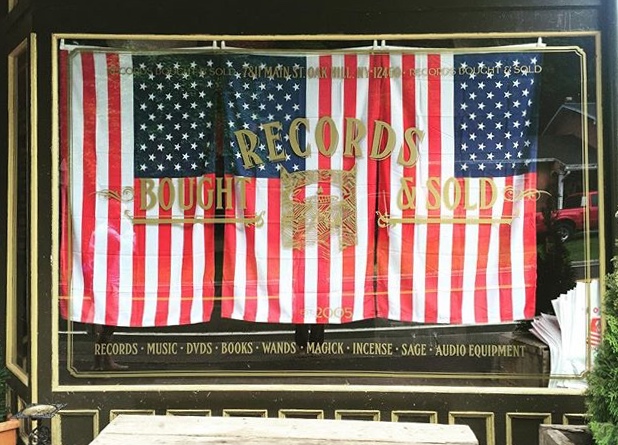 Every month, Slow to Speak round up the best new 12″s around – or at least, that’s the plan. In case you haven’t noticed, these dudes march to the beat of their own drum, so stuff from other years and genres invariably features alongside newer club-ready material.

It’s that time of year again, and Dope Jams is set to celebrate its ninth anniversary with an outdoor BBQ party in upstate New York. Head here for more details.

This is a remix of a a long-lost funk jam from 1978. Whoever the fuck Opolopo is does a perfect job of keeping the mood of the original and cutting out all the shitty parts. The only fuck up here is by BBE for only releasing this digitally! C’mon, Pete & Lee, get this thing out on vinyl by the end of the summer, for everyone’s sake.

After not releasing an album for 15 years, Ludovic Navarre is back! This could have gone so wrong, and I’m guessing from a sales perspective it probably still will, but it’s nice to think, if only momentarily, that actual musicianship will again be incorporated into modern music. This track is the teaser for the full-length which will come out in October.

Up until this point I haven’t been a fan of Seven Davis Jr. His music felt like a boring Prince or Peven Everett rip-off with Moodymann styled production. He felt like one of those people that wore the right costume and had the right sounds, but the music just didn’t pull anything out of me. That all changed with this song from his latest LP. He sat down and wrote a song instead of trying to make music that fit the personality he was trying to sell.

After listening to it the first time I haven’t been able to get this fucking thing out of my head. Unfortunately the rest of the LP falls into the category of his past stuff, but this song should be a summer anthem. It seems like he will end up in the category of people like James Blake who realize that they only have to put one good song on a record to get people to buy it. Unfortunately for us that’s all we get.

Guilty Pleasure pick of the month. Armand Van Helden knows how to make thing sounds very easy. He has this incredible ability to sit back, watch what is happening, and conquer, and he does it again with this remix. The break with the piano is ridiculous, and the way he chops in the screaming male vocal is reminiscent of his classic ‘Can You Feel It’. Another day, another party rocker from Armand Van Helden.

This is my Boring Techno pick of the month. Nothing life-changing here, just a dope underwater groove to melt into. Recommended driving music.

This one is a year old but sounds so good now that it’s summer. The lush South African vocal sounds like Tracy Chapman is now making house tracks. The groove and mood has that same feeling as Solu’s ‘Fade’ – a perfect beginning or end of the night song.

Jamal Moss and Steve Poindexter team up for some more of that dirty fucking raw I-think-my-head-is-going-to-explode type shit! I literally feel my body wanting to freak out when I hear this track. It’s just plain wrong in the best way possible. A special thank you to these guys for not getting lazy. We greatly appreciate it.

From the forthcoming Louie Vega album where he’s featuring a different vocalist on each track – on this one the victim is Adeva. I keep listening to it and trying to like it in desperation for a new vocal record, but I just cant trick myself into it – just play ‘Respect’!

Beautifully dark haunted house. One that should be tucked away ’til Halloween.

This is what is sounds like when you hit that space weed him and Willie Burns are pushing – straight head-nodding G-funk. A perfect summer jam. Sadly it has only been released on cassette, so bust out the boombox and start sippin’ on that gin and juice. Laid back, with your mind on your money and your money on your muthafuckin’ mind.

IOKOI investigates the essence of being with multi-sensory triptych, Tales of Another Felt Sense of Self