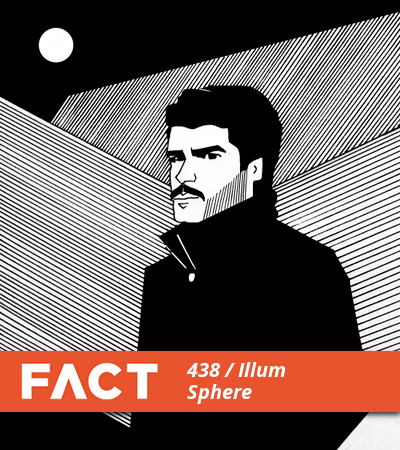 Considering his debut release was in 2009, Illum Sphere has released a staggering amount of material – on local label Fat City, Martyn’s 3024, Pinch’s Tectonic, Young Turks and more. Recently, he’s settled on Ninja Tune: the long-running label releasing his debut album, Ghosts of Then and Now.

As well as a producer, Illum Sphere is one hell of a DJ. He co-founded and regularly runs tunes at Hoya:Hoya, a Manchester club night that has counted Eclair Fifi, Jonny Dub and Krystal Klear amongst its residents. Like Jon K, another resident at Hoya (check his FACT mix here), his sets span various genres and tempos, and centre around one simple message – I’ve got a great record collection, and you’re gonna dance and wig out to all of it.

His FACT mix, true to type, spans reggae, electro, house, techno, hip-hop and more, and it bangs as much as it beguiles.