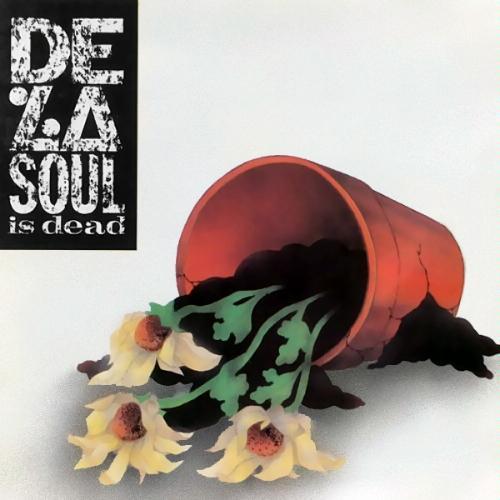 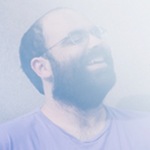 I haven’t ever been able to enjoy Three Feet High And Rising. And I don’t really know what it is about it that makes me feel this way. It’s too corny or something, like a lot of innovative things are, I guess. I could never get into it; I remember when I got into hip-hop, I borrowed it from a friend. I was kind of worried that I thought this Legendary Group was stupid. Almost every song gives me this feeling, like I’m listening to a Bizarro version of song that I would like.

De La Soul Is Dead was basically the complete opposite.

I love everything. “Tryin’ to get a burger catch an atti-tuuude” over Taana Gardner. The phone call where the woman starts talking shit in the background, only to be met with the NWA “wikki wkki fuck you bitch (and kept goin)!” sample. Hamster Penis. The way Prince Paul pronounces “Pepsi.” I still inevitably say “I CAN’T BE YOUR LOVERRRRR” around certain friends whenever we hang out long enough. “All I is is man, and once an embryo / Am I solid gold? I don’t catch the glow.” Don Newkirk. That song with the dude who keeps explaining how much of a dick he likes to be over proto-rap rock. The Funkadelic sample, flipped into sketchy-ville in context. The song that EXPERTLY mocks house. “That was the noise he maaade when he got shot!” The beat for “Afro Connections.” The font that the song titles were in. The way they stuffed 74 minutes of music onto ONE VINYL LP like it wasn’t going to be a complete shitshow. The comic strip inside the CD book. “Arsenio dissed us but the crowd kept clappin’.” Vinia Mojica (son). The Morales remix of “(A Rollerskating Jam Named) Saturdays.”

I guess the De La dudes opened themselves up a bit on this one, to sort of stop being some sort of 2D counter to the incoming tsunami of gangster shit. I think they thought they were getting tougher on …Is Dead, but they were mostly kind of an Ice Cube who would listen to you talk and then retort, or a Public Enemy that couldn’t put the bong down. It may be because of when I got into the albums, well after their release (I was 6 when it came out, and I lived in the woods), but if you listen to this next to Amerikkka’s Most Wanted, they’re not super different. Not really. This is such a 3D album. Everything smells like incense, or tastes like Watermelon Tic Tacs. You can just feel the wooden Africa medallion in your hand. You can just visualize an awkward date in A Different World (reruns). As a producer, when I listen to what they did I just imagine these massive ’90s headaches, with visions of melting tape, slow ass Game Boy screen computers, and disks everywhere.

There are better hip-hop albums, but none of those are really my FAVOURITE in the same way. This is one of those albums that people don’t really try to make anymore, where the ENTIRE THING is one huge collection of inside jokes and personal references. A DNA record, so to speak. You can imagine this entire album being exhaled. And I guess like all great rappers, the dudes had enough of that subtle storytelling to really kind of sneak ill shit in there. This was a backlash record for them by all accounts, a rebuttal to the notion that they were peaced-out hippy dudes. It was kind of next level to say you were going to simply rumble and knock people out at the party instead of shooting the place up, blah blah. I was like, “these are reasonable dudes.” And when the emotional core of the album hits, in stark contrast to the incoming Scarface-obsessed wave, you get left truly shook. Millie bucked him and with quickness it was over.