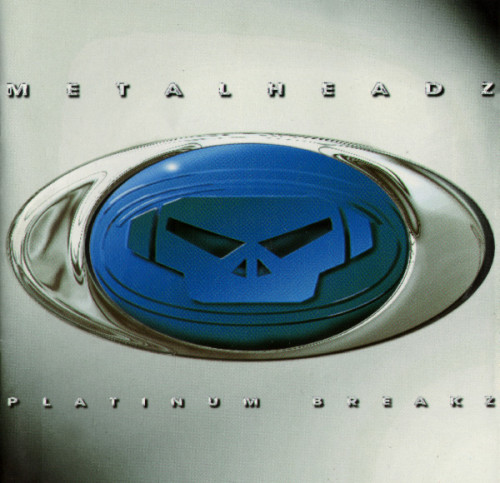 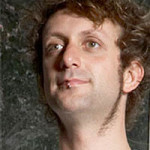 “Platinum Breakz will always hold a very special place in my heart, for so many different reasons.

First off – Goldie. I think he should get some kind of award, you know like how Norman Jay is an MBE for services to his community and music in general? Goldie is a properly inspirational figure to me, and I’m sure to many other people. When you hear him talk about his extended Metalheadz family, and the kind of life he was brought into, without ever being ‘poor me’ he explains how the club, the label, the posse were the family he never had. Now whilst I had a very settled upbringing I think every musician or raver can relate to the family side of music and raving – the support network, the people you choose to surround yourself with.

Secondly – the club. I can only remember the first time I went to Metalheadz through a kind of haze. I was just 18 and very fresh to London. I had fallen in with a bunch of squatters, fanzine writers and all-round heads in Stamford Hill and there was an old guy who used to come round with a guitar, a proper old 1960s London head. His two sons were really into jungle, and he said ‘oh, you lot should go out with my sons, you seem to be into the same stuff’. So we went and joined the stupidly long queue at The Blue Note – I think it was actually the last ever one there, so there was a huge buzz, I didn’t see another queue like it ’til the classic DMZ birthday where it was like twice round the block at Brixton Mass! There were many people from abroad, I hadn’t really ever thought of anyone travelling overseas to a club – this was pre cheap airfares too, and there were people from Sweden, Japan, America… It had a feeling of something special and cherished even outside the club.

And inside the beats were intense. I had heard jungle on the pirates ’round Leyton where I was living at the time, and had gone to Jungle Fever and Blackmarket records to spend the £5 from my dole that I could afford on one 12″! Standing around looking and feeling totally out of place whilst people raised their hands slightly to signal ‘put that one on the pile’ for them, all with big stacks of wax waiting to be bought! I felt like such a doofus when I bought my one record!

It was Grooverider that blew me away the most that night, and generally at all the Metalheadz nights I went to after that. It was just a complete head rearrangement… bombarded with these beats and bass, where I couldn’t tell where one tune started or the next began, total aural assault! I had no idea how the beats were made, I just knew I loved the complete immersion in sound that the club required – just like when I first went to FWD>>, too – this wall of bass that submerged you and surrounded you, and you gave yourself up to it and surrendered to being moved by this force.

I’ll never forget when I first heard Doc Scott drop ‘Acid Track’ by Dillinja when Metalheadz was at Heaven on Charing Cross Road… it dropped so, so hard! I can remember getting even closer to the bassbins and just being engulfed in the drop – heaven!

And so the album itself. I think props have to be given to Pete Tong for allowing Goldie the chance to present his artists in this double CD / vinyl album medium. With that classic logo on the front, it was just such a complete package. The descriptions of the artists and tunes on the inside by Goldie showing such a deep affinity with his artists… it just seemed like such a powerful crew, totally in control of their sound and their vibe. The tunes themselves are all so, so good.

Thee ultimate Metalheadz anthem in my eyes was Doc Scott’s ‘VIP Riders Ghost’ – even the titles sounded so cool and epic! – with its ‘every day of my life’ refrain.. .so cold yet so deep. I loved the way a tune could become a DJ’s calling card to the degree that you’re named in the title – with this being Grooverider’s anthem, that he broke. Through ‘Angels Fell’, ‘Your Sound’ and ‘Pulp Fiction’, all anthems in their own right, to the deeper, more subtle stuff by Hidden Agenda and Source Direct, it just felt like this was music that was utterly fresh, utterly new, and pioneering. An education in breakbeat science. I was hooked!

Fast forward 10 years to 2004 and I finally find the junglist’s essential piece of clothing on Ebay, after years of scouring – the classic Metalheadz T-shirt with all the first 10 labels on it that I used to covet but could never afford back in the day! I still wear it with pride, and feel like I’m part of this super dope futuristic breakbeat gang that you either know about or you don’t. Metalheadz! Levels exceed the red!”

Appleblim will play this Summer’s Gottwood Festival, alongside Calibre and many more. For more information and tickets, head here.