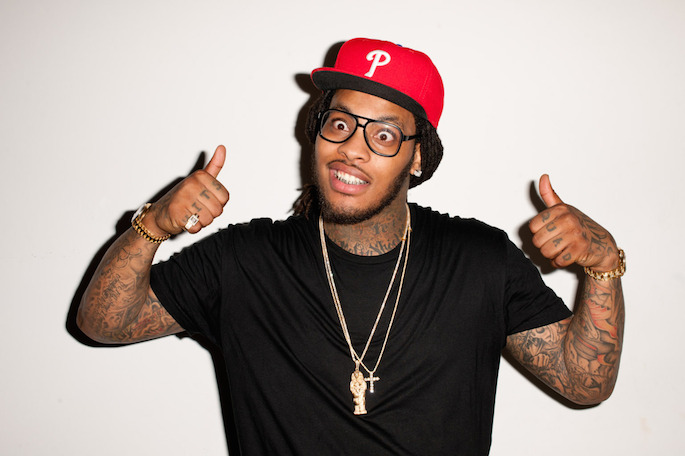 Not every week can be as fruitful as last, but there’s always gems to be found if you look hard enough. This week’s haul includes a double dose of Alabama rap, a left-of-center Chicago newcomer and three very different Atlanta projects. 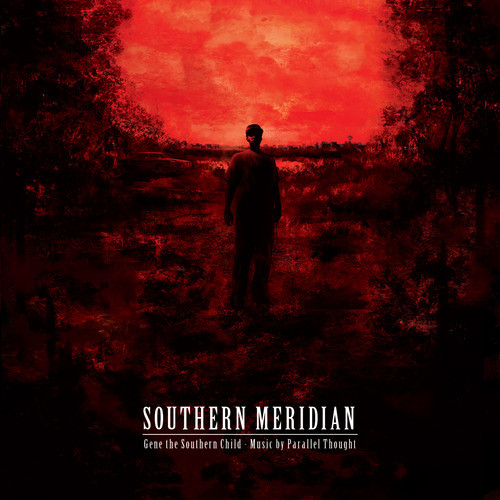 The Alabama rapper and the Jersey production crew are back with their third full-length effort in as many years, and Southern Meridian distills the best parts of A Ride With The Southern Child and Artillery Splurgin’ for their strongest offering yet. Gene is the type of Southern rapper who looks to UGK and OutKast for inspiration, rather than Migos and Lil Wayne (not that there’s anything with that, either), spinning street-life yarns with a warm voice and a versatile flow: he rolls out an impressive double-time on ‘Out of Sight’ and nails ‘Smackman’.

Parallel Thought’s beats here are unlike anything in hip-hop, with otherworldly, through-the-smoke samples (main sampler Knowledge names Godspeed, Swans, and Sunn O))) among his influences) mingling with some of the best drums in the business. There are throwback touches — like those horns on ‘Loyalty & Luxury’ and turntable scratches throughout — but nothing that rings of old-school fetishism. Taken together, this is 40-odd minutes of alternative universe Southern rap for people who like albums more than tracks.

Huntsville’s Zilla returns with a followup to 2012’s Zilla Shit 2 and it’s a breath of very Southern “country rap” fresh air. We already know he can rap his ass off, but within minutes of the aptly titled ‘I’m Here’, Zilla stakes his claim on our time and keeps up the momentum for the album’s entire (smartly brief) 12-track duration. His Southern tongue tangles with Lana Del Rey (the track samples ‘Blue Jeans’) on ‘Cancer’, and with the production handled by the ever-reliable Block Beattaz it actually manages to skip past comparisons with Clams Casino admirably. Zilla’s wordy, affecting street tales are the perfect match for the tear-inducing backdrop, and the track’s an effective foil for bangers like ‘Purple’ and ‘Two’. 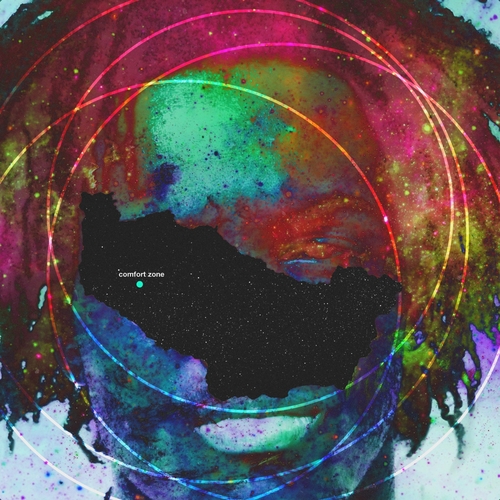 Over a year after Acid Rap dropped, it’s clear that Chance the Rapper has opened a lane for just-left-of-center rappers who tell middle-class, slice-of-life stories over lush, genre-agnostic beats. Saba is a member of Chicago’s Pivot Gang, another crew of rap and R&B talents in the city’s flourishing underground, and he certainly fits the bill (he was even featured on Acid Rap). Early on, Saba establishes himself as someone who “still managed that honor roll / still don’t live by the book,” and his beats incorporate jazz, R&B and pop with chopped-and-screwed accents and 40-influenced ambience.

Like Chance, Saba is a rubber-tongued rapper who varies his flow and voice enough to remaining fresh; he occasionally affects a slurred or half-sung delivery with mostly positive results. Lyrically, he raps for kids who “went to school everyday [and] had a 3.9” but found that “that shit didn’t matter,” as he says on ‘401(K)’, a woozy highlight that dips its toe into conscious rap, with his “trade a 401(K) for an AK… trade a W-9 for a 9mm” metaphors. He’s at his best over assertive beats, like the bouncy ‘TimeZone’ and rapturous ‘Burnout’, and while the tape occasionally gets lost by embracing its more spaced-out elements, Saba is definitely a new Chicago rapper in his ComfortZone. 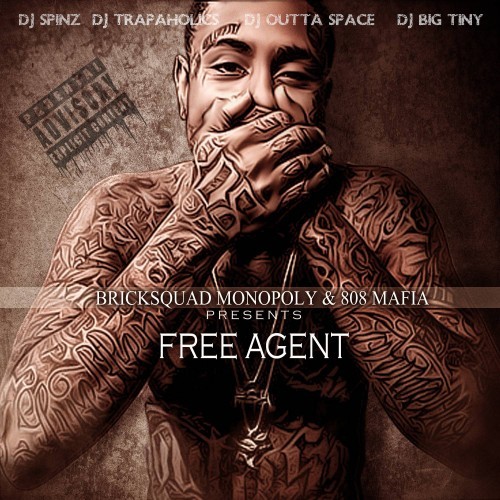 Who’d have thunk it, trap producer to the stars Southside can actually rap. He appears here under his Sizzle moniker, and of course his 808 Mafia crew handle the production throughout, which at least means you can rely on the instrumentals, but honestly he doesn’t do a bad job. You probably know what to expect here – his flow is heavily influenced by regular collaborators Waka Flocka Flame (the hyperactive shouts) and Gucci Mane (the lackadaisical, deadpan rhymes), and while he lacks the charisma of either, it’s a pretty convincing effort all the same. If you’re after your weekly fix of gut-rattling ATL trap, you could do a lot worse. 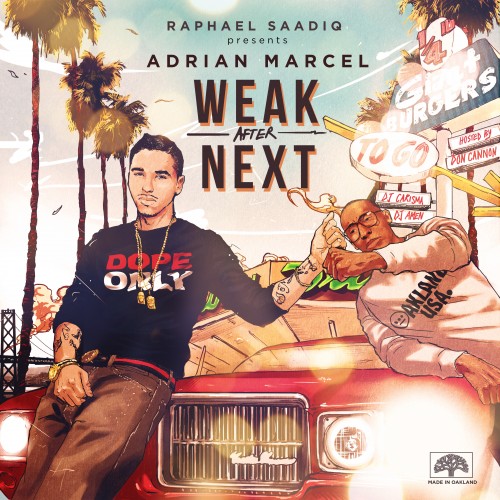 ADRIAN MARCEL
WEAK AFTER NEXT

Bay Area-bred, Atlanta-living crooner Adrian Marcel returns with the follow-up to last year’s 7 Days of Weak, again presented by patron / R&B OG Raphael Saadiq. Like on his last go-round, Marcel is a capable vocalist with a warm, pleasant voice and pro-grade songs. Unfortunately, things are often so inoffensive that they borders on forgettable. In fact, the most interesting moment on Weak After Next is a freestyle of Drake’s ‘Girls Love Beyoncé’ — by singer Jane Handcock.

Musically, the tape alternates between two modes: Saadiq-influenced throwbacks like the sweeping ‘Go’, the gentle ‘I Get It’, and boom-bap-laced ‘It’s Over’, and post-Drake, contemporary R&B like the hazy ‘Runnin’, the trunk-rattling ‘No Way’ and the synth-swaddled ‘Feelings’ He splits the difference between the two styles on the Maury-sampling ‘New Niggas’, which could work as a single; so could the Kelly Rowland-featuring jam ‘Honey’, but as with his single ‘2AM’, it might not leave a lasting impression. 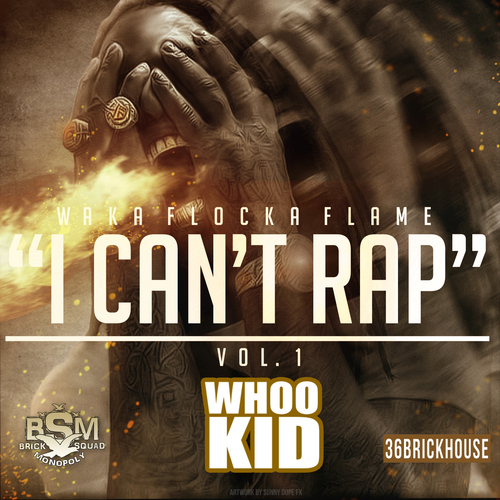 It’s the record nobody asked for – an “old school”-style mixtape from Waka Flocka Flame where he gets to show of his rap chops. Now, don’t get us wrong – we’re not against Waka in any way, but the idea of him transitioning into some rappity rap socks “worthy” spitter is just beyond comprehension. This is a guy whose best record lives and dies on its screamed ad-libs – Waka, we’re sorry but you’re not that rapper.

Sadly I Can’t Rap Vol. 1 despite Waka’s best efforts, only goes to labor the point. Hearing him spit try-hard bars over Kanye’s ‘Blood on the Leaves’, Schoolboy Q’s ‘Studio’ and, er, Drake’s ‘0-100’ just feels pointless. He can rap, but at what cost? Evoking the memory of Dead Prez’s world-beating ‘Hip Hop’ on (really) ‘Trap Hop’ is just an embarrassment. There’s nothing wrong with being the Turn Up God, Waka, just keep your mitts off ‘Danny Glover’ and we cool.