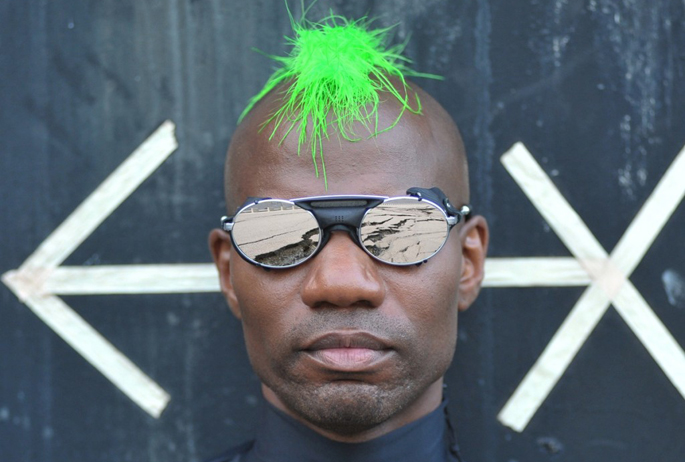 It’d be fair to say we’re rather appreciative of Logos over here at FACT HQ. His Cold Mission LP was among our favorites last year, and he’s continued to inspire throughout 2014 so far with a slew of collaborations and mixes. This Solid Steel blend might be his best yet, as he kicks us through his record pile blending noisy ambient jammers like Delroy Edwards’ gruesome ‘Untitled’ and classics like Public Image Ltd’s ‘Careering’ with Boxed bangers like M.E.S.H.’s ’Scythians’ and Slackk’s ‘Intercept’.

There are plenty of upfront exclusives to get the diggers salivating, too – ‘Inside the Catacombs’ from Mumdance, Rabit and Logos’ collaborative 12” on Mumdance and Logos’ own Different Circles imprint, and Rabit’s inspired rework of Kelly Rowland’s ‘Dirty Laundry’ just for starters, with dubs firing left right and center. We’re hitting an inspiring wave of activity right now, and Logos is positioned right at the core.

Let’s get this out of the way: this is no Blowing Up The Workshop, so those expecting Galcher Lustwerk’s deepest-ever-deep house — or some of the #techno that this mix is cheekily tagged with — should look elsewhere. Instead, the White Material producer delivers a soundtrack for a “Sad Summer” with a set reminiscent of middle school mixtapes: songs played to the end, with no mixing. The dozen-song set is heavy on nostalgia, moody vibes, and summer-sun haze, and Lustwerk checks a lot of boxes: gauzy post-rock (Tortoise, The Sea and Cake), laidback West Coast rap (2Pac, Quasimoto, Hieroglyphics), gentle soul crooning (Philip Bailey, Vikter Duplaix, Avant) and a Triple 6 Mafia throwback for good measure. Now, if someone could ID that last track…

To be honest we’re pretty surprised to learn that in over 20 years of service to dance music, Green Velvet (also knowns as Cajmere) has never contributed to the BBC’s Essential Mix series before. Still, it just makes it more special now, and it’s a typically face-slapping ride through just the kind of red-raw house and techno you’d hope Curtis Jones would be carrying around in his crate.

It’s a masterclass from beginning to end, as Jones mashes together contemporary drops from L-Vis 1990, Claude VonStroke and Monika Kruse with his own tunes, and gems from scene veterans such as Robert Hood (Floorplan’s ’Never Grow Old’ gets a deserved airing) and Gene Farris. If you’re looking for a little pick-me-up before the weekend, this is a shot of 5-hr energy for the soul.

The Bronx-native/House of LaBeija rep/Junglepussy DJ is a relative newcomer to New York’s nightlife scene, but he’s quickly making waves with a fractured, frenetic style reminiscent of Fade to Mind talents Total Freedom and Nguzunguzu: R&B, ballroom, club, and dembow collide into queasy mash-ups that don’t go down easily. As if often the case, Aaliyah, Kelela, and Rihanna are the muses, with tracks by contemporaries Rizzla and False Witness mixed alongside his own edits (and don’t miss that Usher vs Rabit edit by Moleskin). This is pneumatic, sex-and-violence dance music for the darkest of rooms, and not for the faint of heart.

M|O|D is a bi-coastal collective of trap-rave mad scientists, and crewmember Yung Satan is behind the decks for SSENSE’s latest mix. The L.A. producer is partial to technicolor bangerz that are equal parts Glass Swords, Baltimore club and Southern rap vocals; he’s just as likely to drop Gucci Mane and Young Thug originals and remixes as he is to chop up rap vocals on his own lush, trapped-out tracks. After running through his own tracks, there are offerings by contemporaries Arnold and Weep, and of everything TNGHT has wrought, Yung Satan is definitely having fun with it (if his name wasn’t a big enough clue).