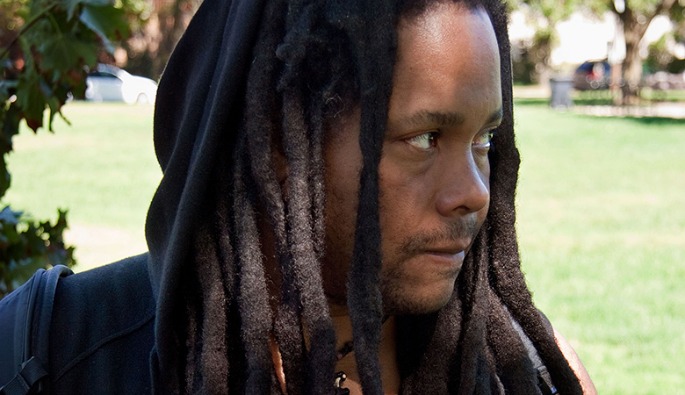 Jamal Moss, tongue-in-cheek as ever.

In April, Hieroglyphic Being played a three-hour, three-deck set at Faktion X in a private Manchester warehouse, dropping everything from fusion jazz to industrial, classic techno to raucous Chicago house, and even The Smiths.

Unfortunately, the DJ’s predictably-eclectic set was met with disdain by “a contingent of beaked-up kids couldn’t handle his cosmicness,” who proceeded to use their cell phones to show him messages reading “you are the worst DJ ever.”

Those messages inspired the subtitle of his Reel Torque Volume 5 release, a two-tape recording of the set that will be released as an individually-numbered edition of 100. You can grab the tape at Boomkat.

Earlier this year, Moss adopted the alias IBM for the Eat My Fuck, an LP complete with equally obscene titles. He’s also remixed Roedelius and Aïsha Devi as Hieroglyphic Being. [via RA]