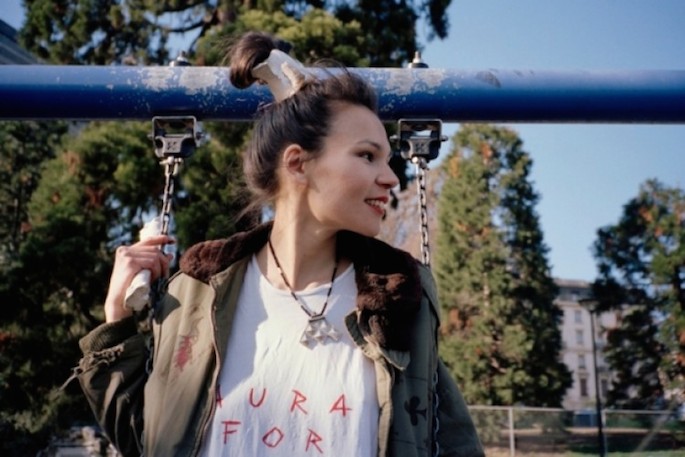 The avant-garde artist returns to the label she co-founded.

The fourth release on Danse Noire, her ‘Hakken Dub/Throat Dub’ 12″ moves on from the relatively pop-orientated Aura 4 Everyone, with the reconfigured gabber of ‘Hakken Dub’ and ‘Throat Dub’, which processes her guttural vocals into didgeridoo-like drones.

The release is backed by a techno take of ‘Hakken Dub’ by Opal Tapes’ IVVVO and Hieroglyphic Being’s blown-out, 9-minute electro take of ‘Throat Dub’ that is built from pitch-shifted reconstructions of the vocals.

Stream the latter remix and sample the EP below. It is due out on July 21 and follows Algerian producer El Mahdy Jr.’s recent EP.