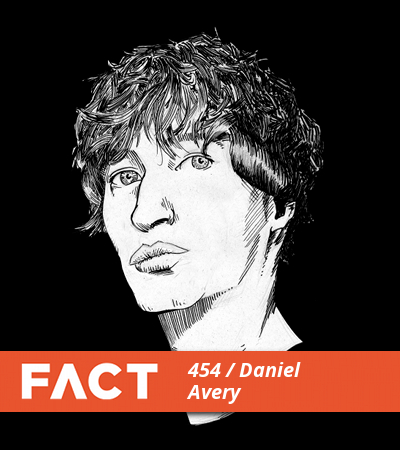 There’s no gimmick with Daniel Avery, no hook. He is, as his Discogs page puts it, a “DJ and producer from England.”

And really, that should be the only hook you need. Since focusing on making music under his real name in the early ’10s (though he was DJing and producing for several years before then), the one-time studio assistant of Andrew Weatherall has been steadily developing from record to record, combining house and techno structures with dynamics that betray his love of oddball guitar music and ’90s alt-rock. Like Weatherall, and like Downwards’ Regis, Avery recognises the limitless potential to hypnotise by getting as weird as possible over a 4×4 pulse, and on his debut album Drone Logic (the clue’s in the name), he uses 4×4 as a canvas to paint Bosch-esque visions of disembodied voices, tripped-out rabbit-holes and more.

Of course, it also bangs when it has to –  Avery’s no floor-clearer. In fact, he’s become one of the UK’s most celebrated DJs of recent years, contributing to the BBC Essential Mix series and releasing a mix CD for Fabric. Avery’s FACT mix – no tracklist, spotters – comes on the eve of a new residency for Fabric, Divided Love. The first Divided Love takes place on August 15, and features sets from hallowed electro unit Dopplereffekt, Helena Hauff and Factory Floor, Volte-Face and Avery himself.

“The club has been with me from the beginning so starting my own night there feels genuinely exciting”, explains Avery. “Divided Love will be about presenting acts who are doing something special… sonic souls, faith affirmers, music for the mind.”