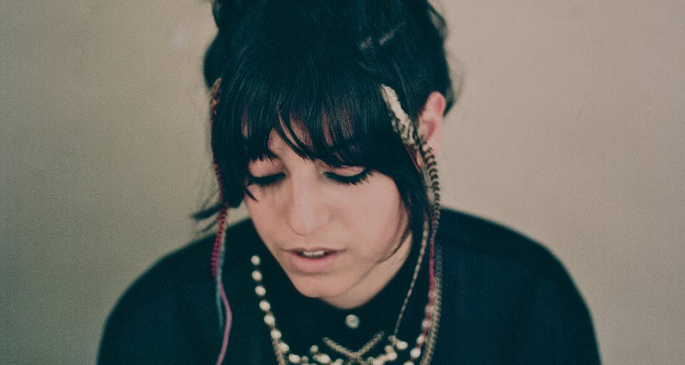 This week we’re going deep, dark and deadly, with a bullet: punishing grime, rabid drone, bonkers soca and so much more.

Pandemic Transmission is a new series of mixes from Texas-based producer Rabit that he intends to use as a place to explore new ideas, and test out new production techniques outside of his more traditional releases. The rap-indebted first part of the series is intended to drop soon on the Concepto Radio site, but, just because the internet is fast and time is short, we’ve now been treated to the second installment. Rabit is clear to establish a theme very quickly, and it’s a theme that’s pretty far removed from the pristine, glacial grime that you might have found on his breakout ‘Double Dragon’ 12”.

Drones, white noise, and a creepy, cavernous bootleg of Bush’s ‘Glycerine’ kick the 20-odd minute blend off, and that’s pretty much the order of the day. This is a statement of intent, a scream to nay sayers that there’s far more to Rabit than a legion of copyists and a nod to the UK, and there’s a real enjoyment in hearing the producer tie together snippets films and echoes of familiar songs with the sort of basement synth textures you might rather expect to find on a Coil CDR. It’s not all totally po-faced either – just before it draws to a close the mix makes a u-turn into rap with a drop of Johnny Cinco’s woozy banger ‘Right Up Outta There’ and it feels perfectly timed.

This is a bit of a treat – an hour long mix from Clock DVA founder Adi Newton. If you’ve never heard of Clock DVA before, well prepare to be awed – they were formed back in 1978, and managed to set the pace for a certain wave of industrial, experimental music coming out of the UK. The band have been through multiple incarnations over the years, and have release countless records, and they’re still active. In 2014 it’s basically an Adi Newton solo project, which he maintains along with his partner Jan Radion Newton, and from the sounds of this mix, he’s still just as inspired by the weird and wonderful as he was when the band dropped the inspired White Souls in Black Suits on Throbbing Gristle’s Industrial imprint.

There are tracks from Wendy Carlos (from the Clockwork Orange soundtrack, fittingly as that’s where the band procured their name), Ihan Mimaroglu, tape music deity Vladimir Ussachevsky, Ennio Morricone, Terry Riley, Laurie Spiegel and Kraftwerk, and they’re all blended together with the mastery of a veteran. We can’t imagine a more perfect way to celebrate Secret Thirteen’s third birthday. 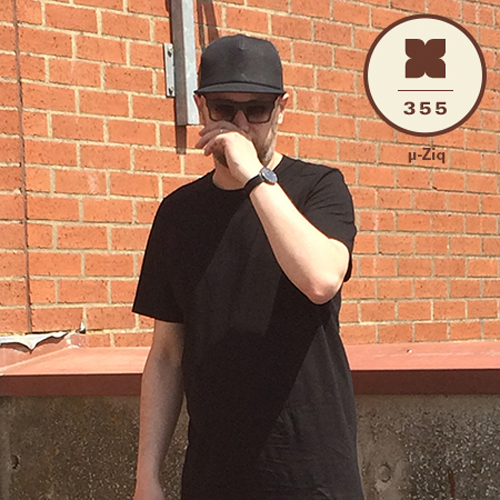 It’s fair to say that without Mike Paradinas around, the electronic music scene would likely look quite different. Over the years he’s been responsible for fiddling about with glitchy electronica, grime, dubstep, electro pop and pretty much everything in between, both as a producer, DJ and boss of the long-running Planet Mu imprint. It’s always a treat then to hear what he thinks is coming next, and he seems to have hit the nail on the head here with an alluring blend of soupy synth-drenched ambience (courtesy of Kuedo, Konx-om-Pax and Claude Speeed), nu-grime and, er, PC Music.

We’ve talked enough about PC Music on these pages already this month, but it’s certainly telling that Paradinas is dropping jammers from A.G. Cook, Hannah Diamond and Danny L. Harle in-between bangers from Mr. Mitch and Teengirl Fantasy. He knows what’s up, and he’s not afraid to share the love.

As he did on his Palm Tree Destruction EP for Mixpak, London-via-St. Louis producer Mr One Hundred mixes supercharged soca with dance music from all over the map, keeping everything at a heart-palpitating 160 BPM for the perfect warm-up for Carnival.

Even at the high tempo, there’s a lot of variety: Mr One Hundred’s own riddims and tracks by soca heavyweights Machel Montano, Bunji Garlin and Kes collide with ghetto-house bangers by DJ Deeon and Gant-Man, amped-up big-room tracks by David Guetta and Danny Tenaglia, lightweight trance hits like ‘Sandstorm’ and ‘Castles in the Sky’ and even hip-hop, whether half-time (‘Supa Dupa Fly’) or right on time (‘B.O.B’, naturally). It’s an hour-long cardio work out, and when you finally catch your breath with Yami Bolo’s ‘When a Man’s in Love’, you’ll need it.

Athletixx is a new LA-based collective comprised of fast-risers Hoodboi, Falcons, Promnite and Kittens, and All-Stars Mixtape is one helluva opening statement. It goes without saying that plenty of producers are influenced by (or are straight-up stealing from) Jersey club at the moment, but the Athletixx crew seem to have the bottomless energy and body-jacking verve needed to pull it off.

It doesn’t hurt that they’re doing more than just adding bed-squeak to everything: Falcons’ ‘DDB’ blends Baltimore club classic ‘Doo Doo Brown’ with some equally essential Missy Elliot, and their edits of Drake, Tink, Jeremih, Tory Lanez and Rico Love each have their own style. The set closes with riddims that fuse dancehall and throwback rap, and there are enough trap-EDM touches to get these baby-ravers to actually dance.

Manchester’s Madam X steps up for a guest mix on Plastician’s Rinse FM show, dropping a half-hour of tunes that should make the grime and dubstep original proud. Unlike her last mix that ended up in the round-up, this one mostly eschews new-wave instrumental grime in favor of wobbly bass and vicious beats reminiscent of grime, garage and dubstep of yore.

Not to say that these are throwbacks: apart from the funky intro and the odd Wookie track, there’s plenty of current heat, including My Nu Leng banger ‘Masterplan’, Ziro and Trim’s ‘Lost’, and Wen’s rave-on-the-courts remix of Plastician’s ‘Shallow Grave’ (even if the original is a decade old). Grime fans of all stripes will find something to like here.